On December 5th, Task Force Abrams of the 37th Tank Battalion made an attack from Schmittviller with the goal of reaching Rimling, but the effort was stopped well short of its objective by both poor terrain and fire from the town of Singling. The battalion lost 14 tanks and as a result a new plan had to be considered. Abrams was directed to take Bining, which occupied higher ground east of Singling, but he proposed that Singling be taken first, for enemy units there could bring direct fire onto any attack on Bining from the south. Halftracks had been expected to carry the infantry but the ground proved too wet for them to operate so the infantry would ride on the decks of the tanks instead. Almost immediately the lead unit, A Company, 37th Armored, received fire from Singling. . .
Attacker: American (B Co., 51st Armored Inf. Batt. and B Co., 37th Tank Batt.)
Defender: German (Abteilung I, Panzergrenadier-Regiment 111) 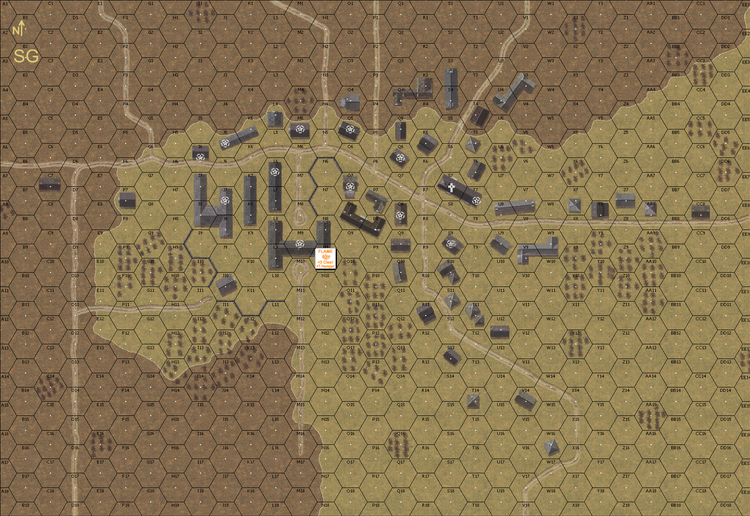 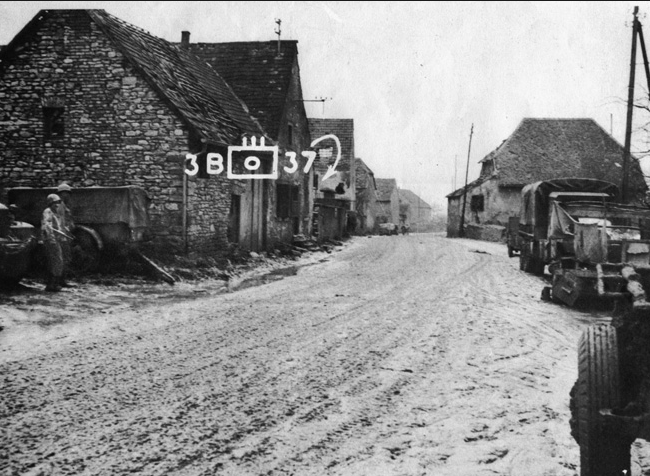 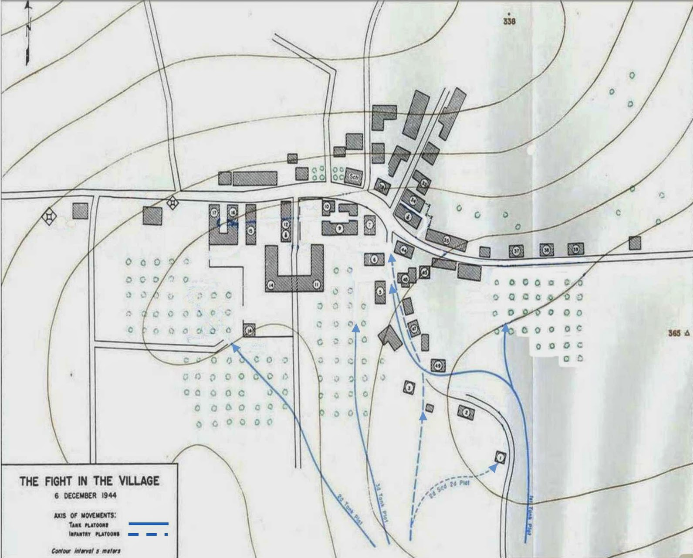