The elite German 18th Panzer Regiment, fresh from amphibious training, was among the lead elements of Army Group Center as they pressed deep into Russia on the day after ‘Barbarossa’. The Soviets, still confused as to the extent of the attack, ordered armored cars of the Northwest Military District to the border and return. As they advanced, commanders on each side looked for the other in the distance. Rounding a curve, they found each other at less than 100 meters range.
Attacker: German (Elements of 18th Panzer Regiment)
Defender: Russian (Armored Cars of the Fourth Front) 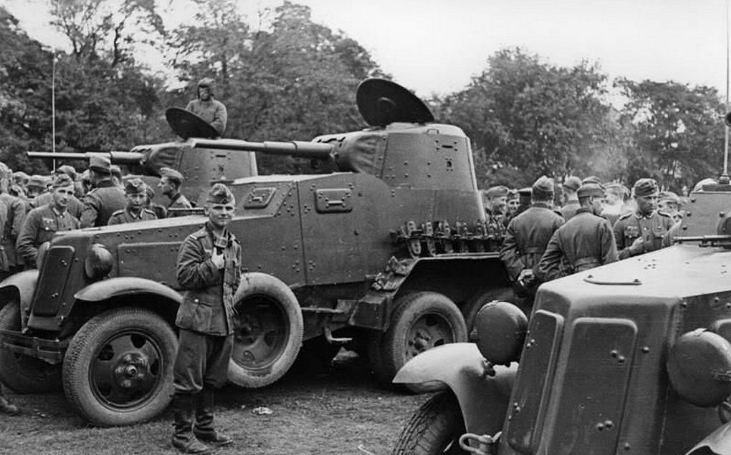 BA-6 armoured cars - pic shot when the Germans were not yet enemies of the Russians.