As part of Operation Epsom, the 9th Cameronians had the farthest first day objective, the village of le Haut du Bosq. For the attack they were supported by Churchill tanks of the 7th Royal Tank Regiment, and Crocodile flamethrowers from 141 Regiment RAC. The Cameronians initially had to fight through the lines of Battalion II, SS Panzergrenadier Regiment 26. The infantry and tanks were hit hard by artillery fire, but by 1100 they were at the outskirts of the village. Soon the Cameronians were under fire from machineguns, direct artillery, and antitank guns. The Churchills dueled with the guns, and the Crocodiles were called forward to flame infantry in a large orchard and buildings.
Attacker: British (Reinforced elements of 9th Cameronians, 46th Highland Brigade, 15th Scottish Division)
Defender: German (SS) (Elements of HQ Company, SS Panzergrenadier Regiment 26, and Battalion I, SS Artillery Regiment 12, SS Panzer Division 12) 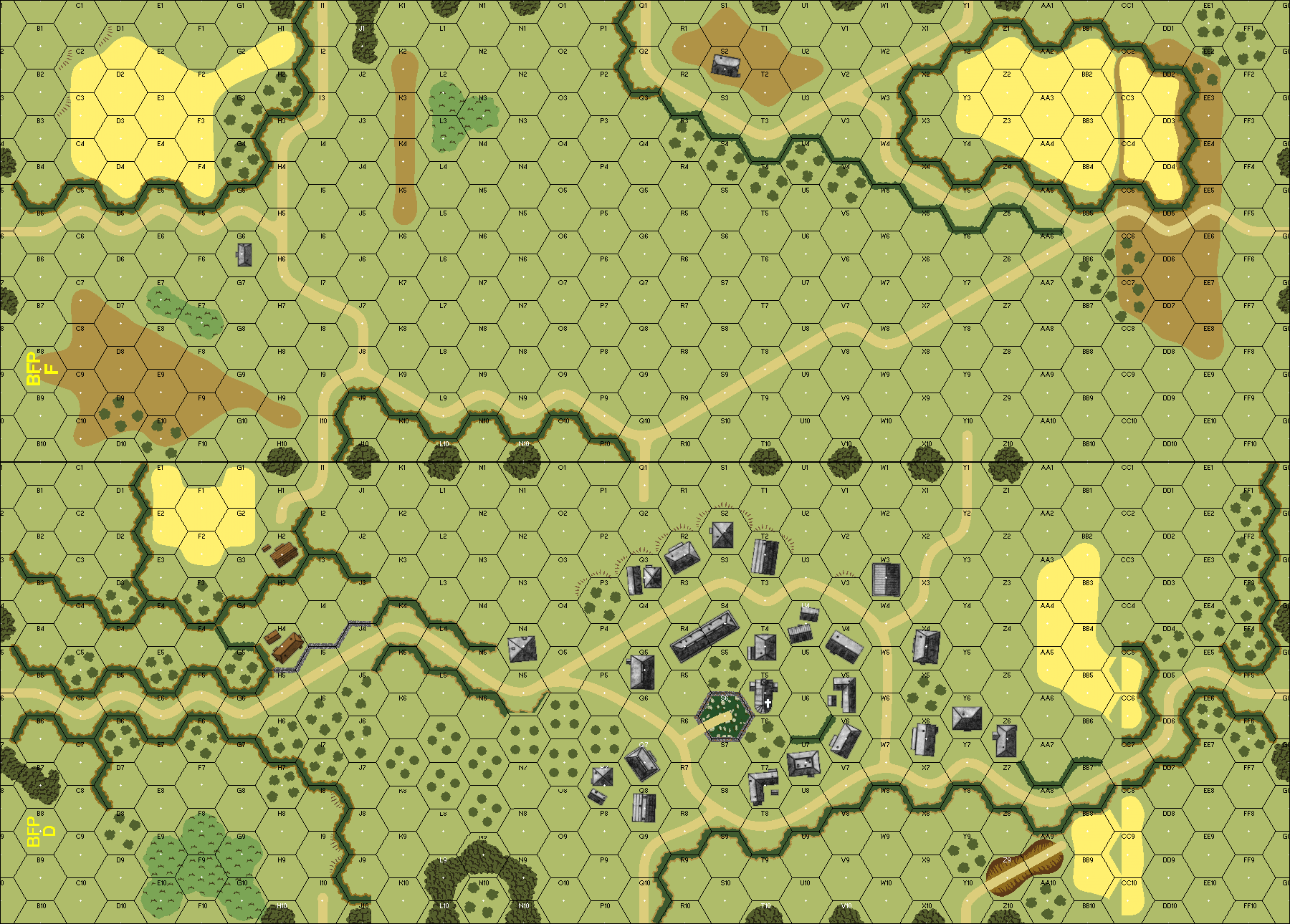 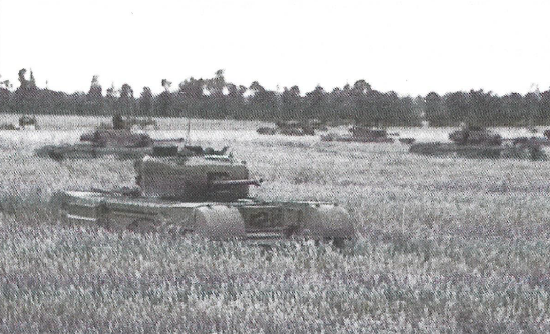