In early February, following the Red Army’s breakthrough and rapid advance in Poland, the northern flank of Zhukov’s 1st Belorussian Front in Pomerania was fluid. His worn-out and thinly spread troops pushed northward in an attempt to keep the enemy off balance, while the German 11th Army struggled to re-establish and stabilize the front line by making numerous local counterattacks to regain lost ground. On the 4th, the Soviets surrounded the Germans defending Arnswalde, and on the 7th captured the smaller town of Reetz northeast of it along the Ihna River. The next morning, one King Tiger and three assault guns were ordered to attack east through the tiny village of Ziegenhagen to nearby Klein-Silber in order to cut off a Soviet column moving north from Reetz. A quick recon resulted in a call for reinforcements; and with the addition of two more King Tigers, a company of paratroopers and additional assault guns, the force set out around noon. The attack surprised the Russians, and quickly eliminated an anti-tank position west of the bridge in Ziegenhagen. With paratroopers in the lead, the column crossed the bridge into Klein-Silber.
Attacker: German (SS) (SS-Panzer-Abteilung 503, SS-Panzer Abteilung 11 and Fallschirmjäger-Division 9)
Defender: Russian (2nd Guards Tank Army and 6th Independent Heavy Tank Regiment) 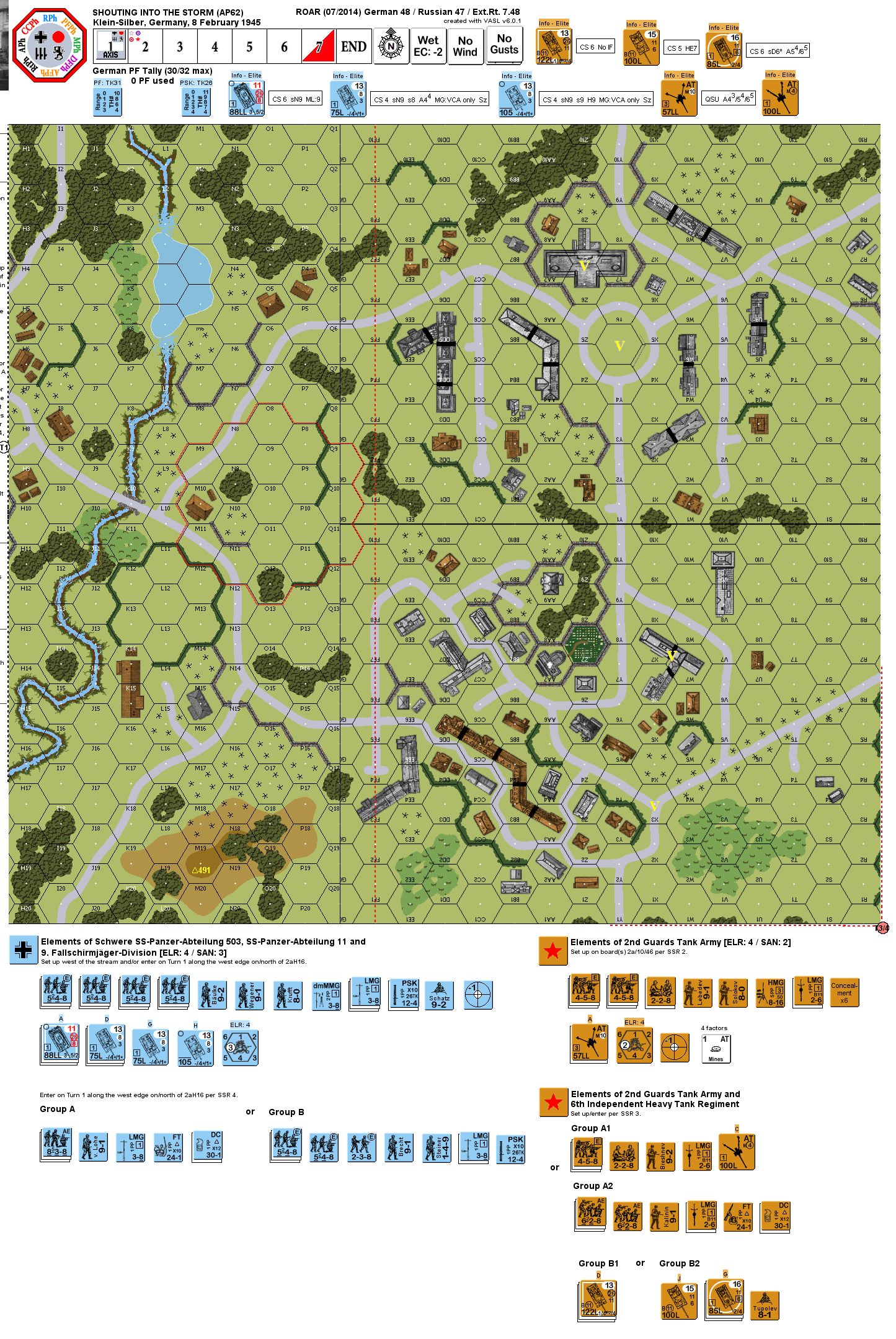 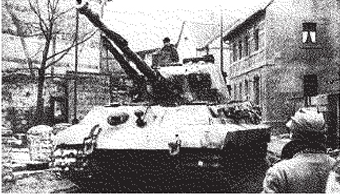