One of the lucky ironies of D-Day was that when the attack at the west end of Omaha was faltering, luck delivered a large force of Rangers at exactly the right place and time. Failing to hear a signal from Pointe du Hoc, the reinforcements of the 2nd and 5th Ranger Battalions headed for land at Dog Green. Fortunately for them, the disaster there was already apparent to all, and their Royal Navy coxswains took them well east of Vierville, but not far enough. At about 0735 hours, the five LCAs carrying Companies A and B of 2 Rangers slammed through the surf and the outer belts of beach obstacles to touch down opposite the very active Wiederstandnest 70. The Rangers struggled through the water and across the beach, with men falling in ones and bunches. Fortunately for the Rangers, the defenders had failed to finish the wire along portions of the promenade road.
Attacker: American (Companies A & B, 2nd Ranger Battalion and Lt. Morse' Company B survivors, 116th Infantry)
Defender: German (Elements II/III 726 Infantry Regiment) 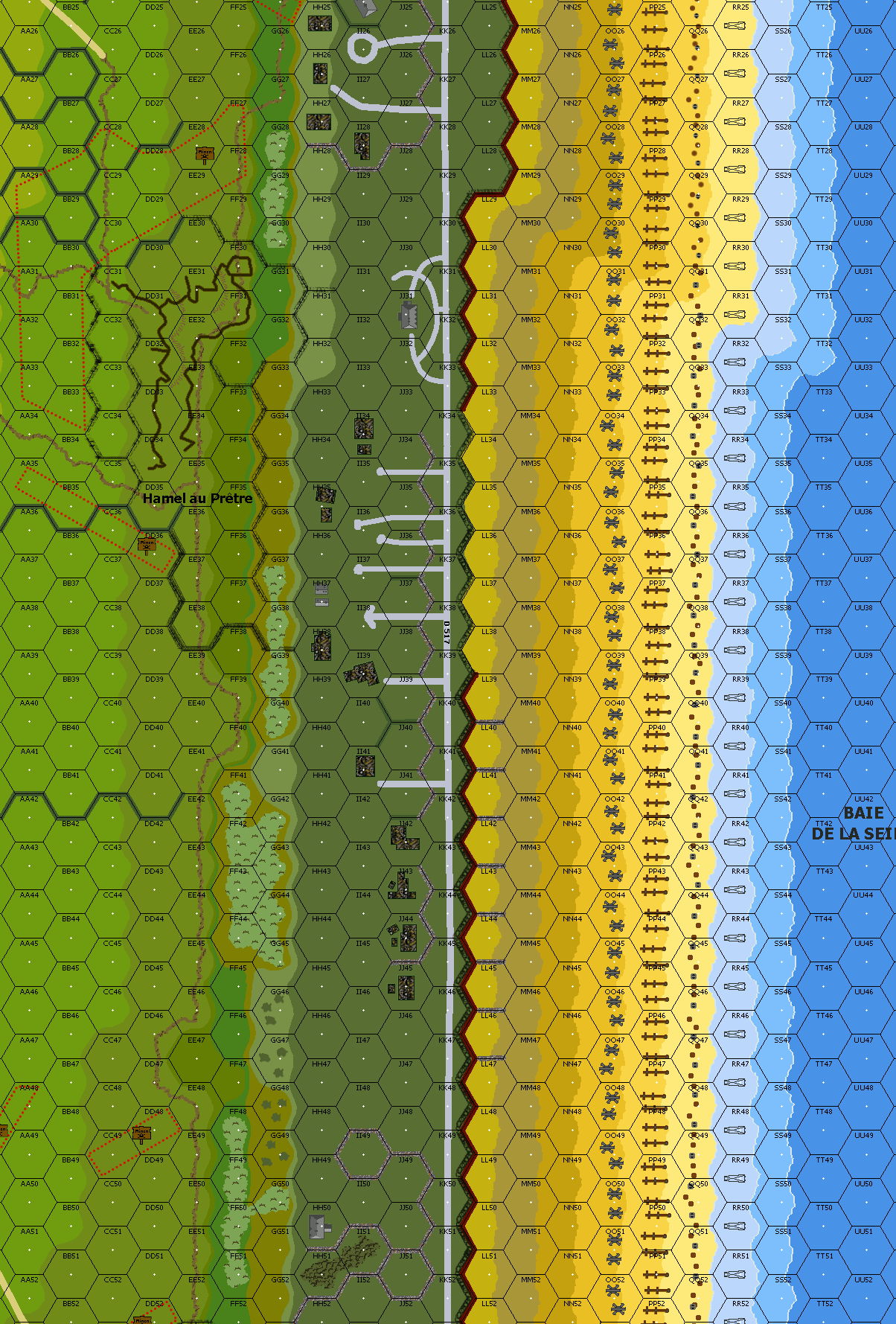 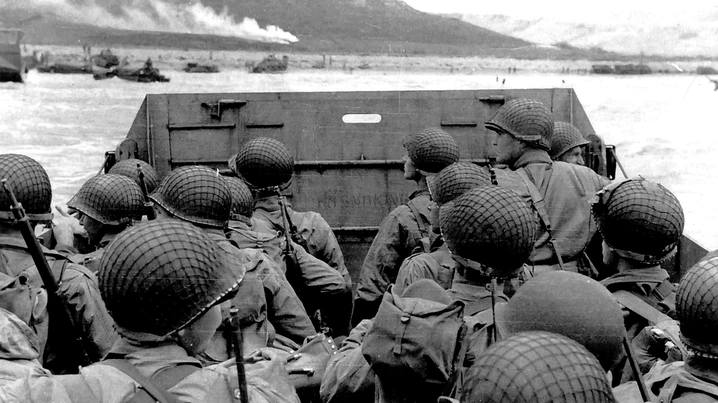