The DaE Campaign Game runs from the afternoon of 23 Sep 1944 to the mid-day of 25 Sep 1944 for a total of six possible CG dates. A battle is always fought on the first CG date, and a battle will be fought on any of the remaining CG dates if either side chooses to attack. The British can attack up to four times after the initial CG date, and the Germans can attack once. If neither side chooses to attack, no battle occurs and that CG date is skipped. . . . . . .Can you as the British commander (Brigadier Essame) conduct an exposed assault across the fields and polder against the tough but few German troops in their very strong defensive positions backed up by their Panther and Tiger tanks and their off board artillery in time to come to the rescue of the beleaguered airbourne troops up the road at the Arnhem bridge? Or can you as the German commander (Major Knaust) hold out long enough against an assault from the brave lads of the 43rd Wessex Division crossing those same fields with little more than a Smoke screen and a prayer for cover? You have to sting them out in the open otherwise the close quarters fighting in the town around the church steeple will nullify your advantages.
Attacker: British (214th Brigade, 43rd Wessex Division and 4/7 Dragoon Guards, 8th Armoured Brigade)
Defender: German (SS) (SS-Kampfgruppe Knaust) 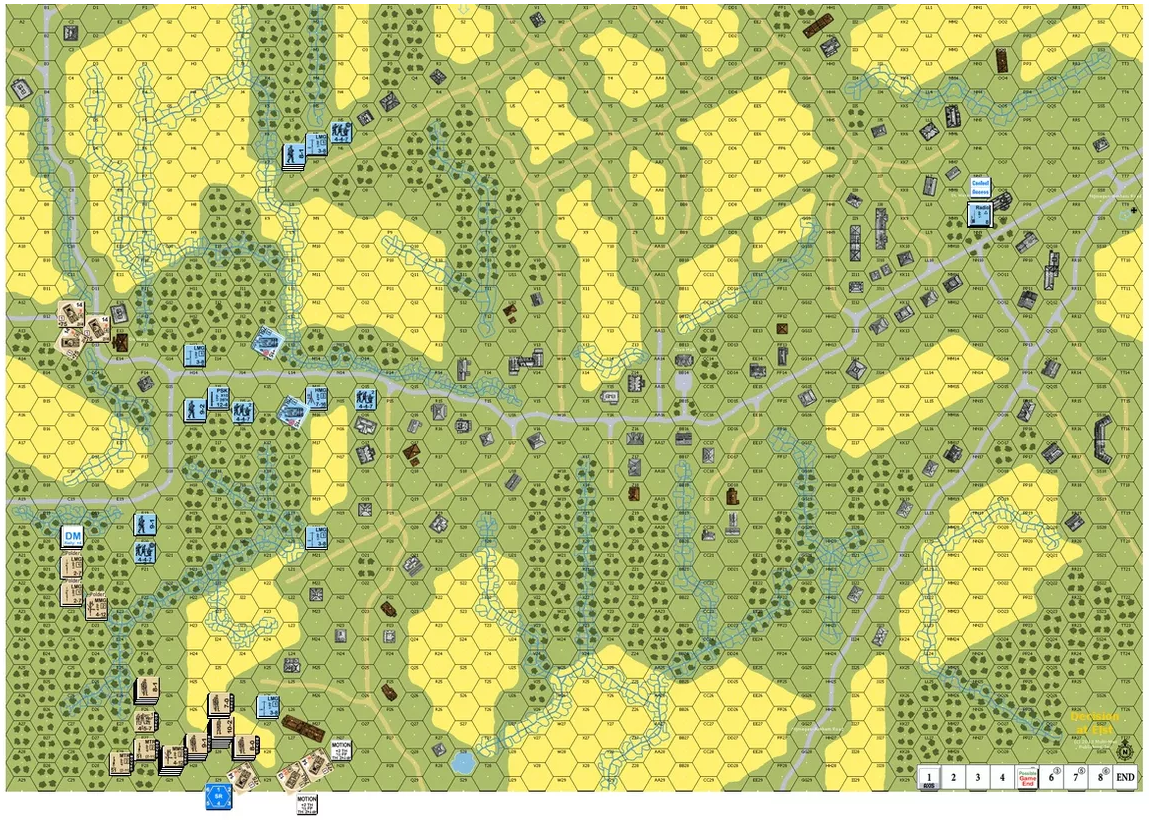