Nimitz’s “island hopping” campaign brought the war to the Palaus by the fall of 1944, with Peleliu being the main objective of Operation STALEMATE. Smaller Angaur island was deemed a viable place to build a base for the logistical support that would be required. With fewer Japanese on Anguar, the Army’s 81st Infantry Division, commanded by Major General Paul Mueller, would get its first taste of combat. Mueller feigned a landing on southern Anguar while his main force, the 321st Regimental Combat Team, landed to the northeast. The small but well-equipped and seasoned Japanese Army force was pushed inward towards the only two urban areas on the island – the small “Middle Village” and the logistical center known as Saipan town.
Attacker: American (81st Infantry Division "Wildcats" / 710th Tank Battalion)
Defender: Japanese (59th Infantry Regiment) 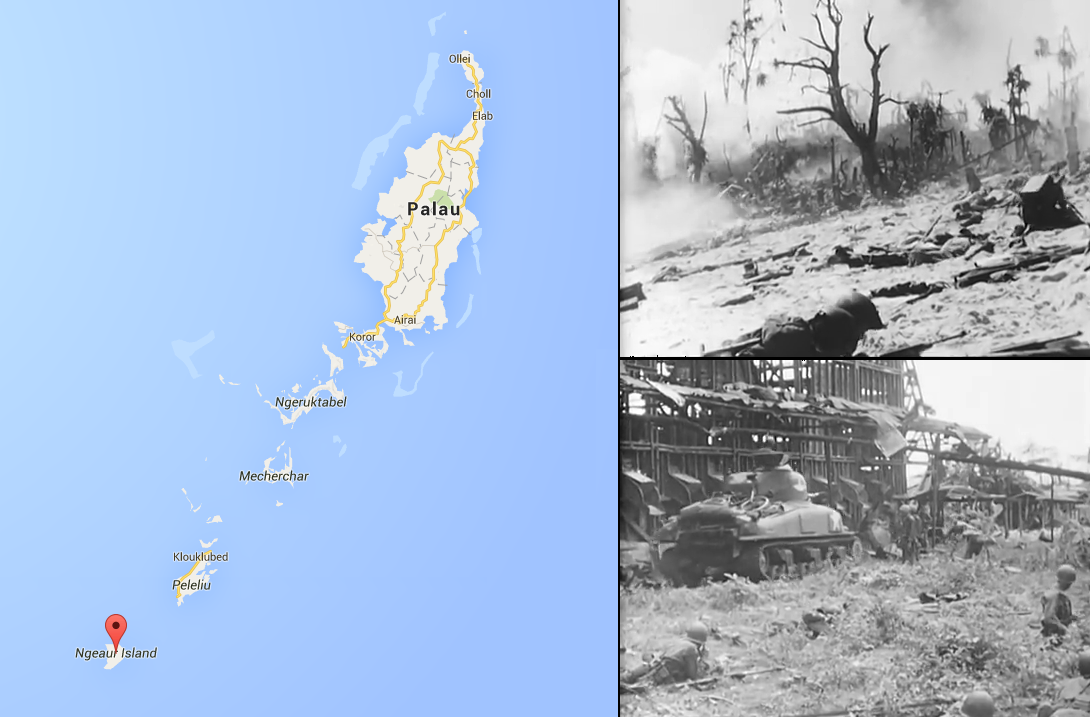