After a quick, intense pre-dawn bombardment, the final push to reach the Volga commenced. The German 578th Infanterie Regiment would lead the attack, reinforced with Sturm and Pioneer units. Their objective was to clear the Russians still hanging onto the Volga River’s edge, and claim Stalingrad once and for all. Near the area of the so-called “Kommissar’s House,” Pioneer units from Battalions 50 and 305 were called to lead the charge into the strong defenses occupied by the 241st and 650th Rifle Regiments. Prior to the attack the Pioneers were able to plant explosives that destroyed the Apotheke Shop, allowing them to gain quick possession of the remnants of the building. Even so, holdouts remained in the cellars. However, the rest of their attack quickly became stalled. Reinforcements from Sturmgeschütz-Abteilung 245 were committed to get the attack moving.
Attacker: German (Infanterie Regiment 578, Infanterie Division 305 and Sturmgeschütz-Abteilung 245)
Defender: Russian (241st and 650th Rifle Regiments, 138th Rifle Division) 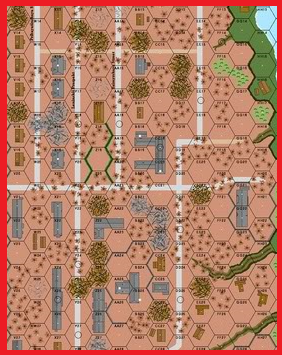 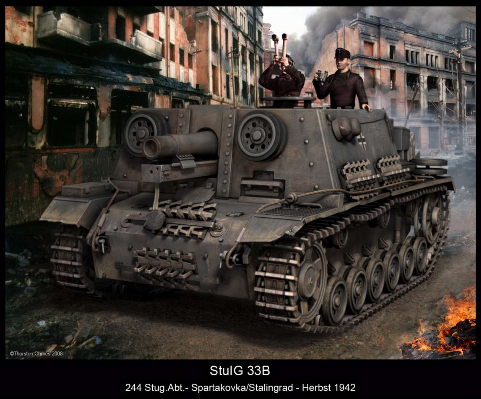