The Royal Winnipeg Rifles, belonging to the 7th Brigade of the 3rd Canadian Infantry Division disembarked on the 6th of June in the sector of Courcelles, where they suffered heavy losses. The next day they were sent to occupy Putot-en-Bessin; on their way, they brushed aside elements of the Panzer Lehr Division, but soon they were to be threatened by an altogether different enemy… Determined to push the allies back into the sea, the redoubtable 12th SS Panzer Division, “Hitler Youth” had just taken up their positions in the face of the Canadian troops. On the 8th at dawn the German Grenadiers started to assault the village. (SCENARIO CARD BELOW as MISC FILE)
Attacker: German (SS) (7th Company, 26th Panzergrenadier Regiment, 12th SS Panzer Division)
Defender: Canadian (C Company, Royal Winnipeg Rifles) 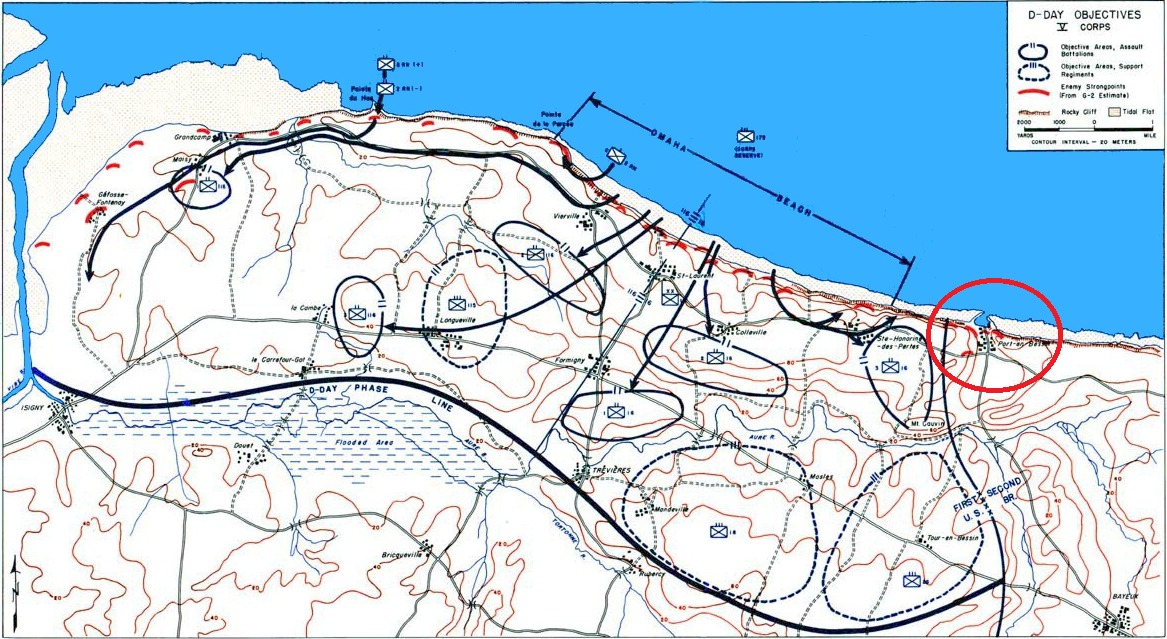 Port-en-Bessin was on the eastern flank of Omaha Beach