On the same day that the USAAF began its massive attacks on Aachen, the reserve 120th Infantry Regiment – which had taken Bardenberg without opposition the day before – suddenly found itself trapped by a battalion of the 108th Panzer Brigade, which had infiltrated the village seemingly out of nowhere. Could bazookas stop the tanks in the street?. . .
Attacker: German (Panzer-Brigade 108)
Defender: American (120th Infantry Regiment, 30th Infantry Division) 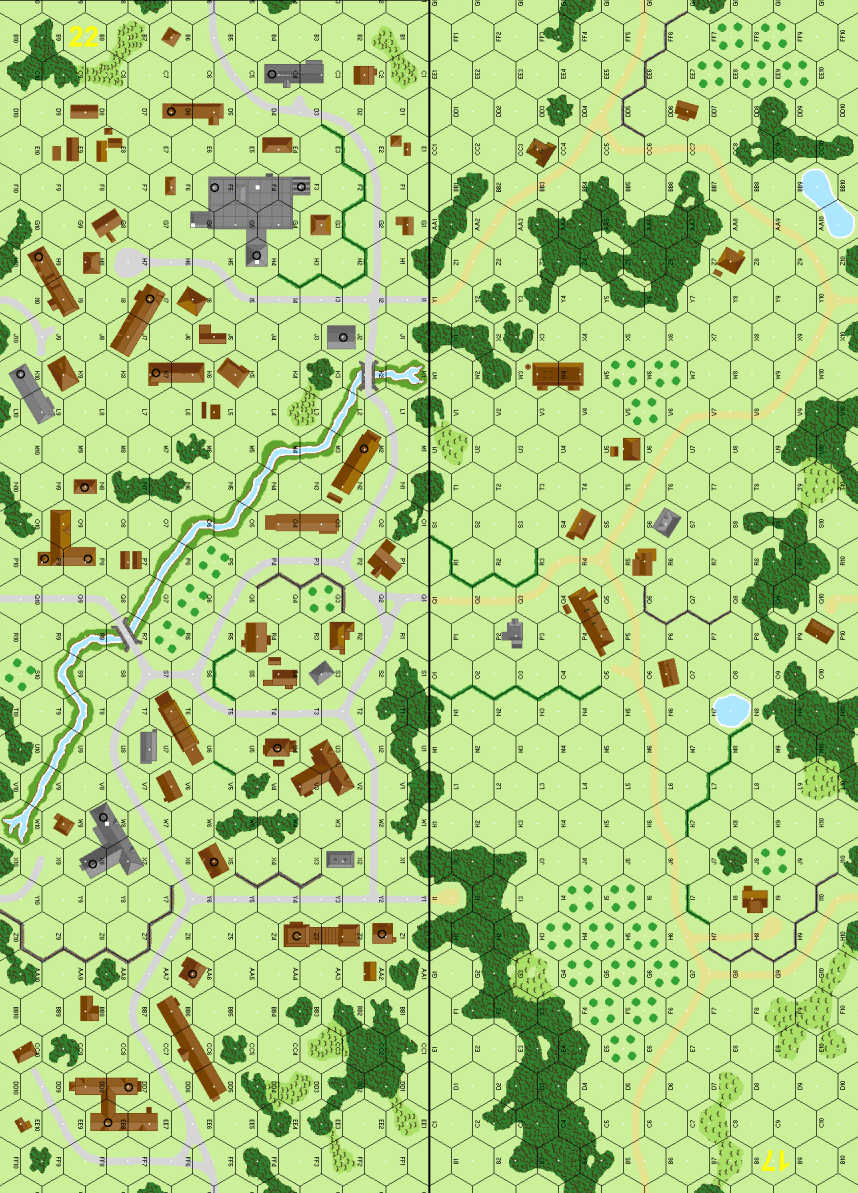 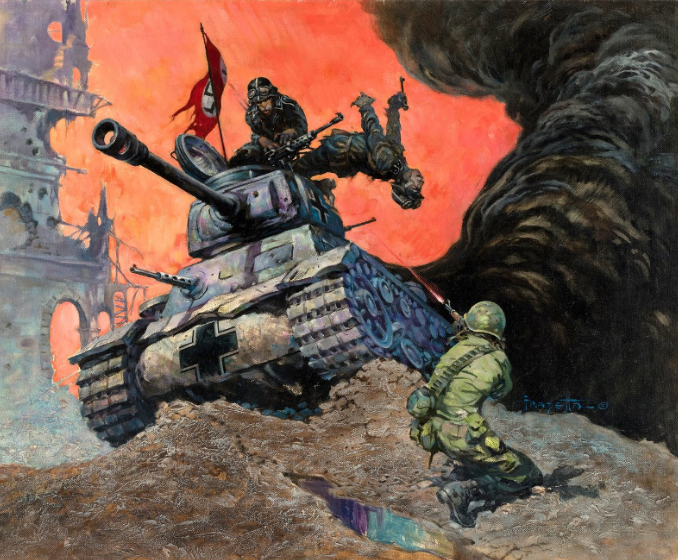