Balta was to be bypassed by the main German force as the attack towards Odessa continued. However, Pioneer-Regiment 744 was ordered to capture Balta to protect the flank of the main attack. At 0840, Kompanie C attacked from the southeast. After an hour, it had penetrated the southeast corner of town and was astride the main street. The primary attack on the norther part of town was initially held up by Soviet air attacks on German assembly areas, but was now underway. Kompanie C Commander Ehrhardt decided to exploit his initial success by preventing Red Army forces from withdrawing to the southwest. Ehrhardt gave orders for the capture of the southern half of Balta and sent out patrols to link up with the rest of the regiment.
Attacker: German (Kompanie C, Pioneer-Regiment 744 with Howitzer Support)
Defender: Russian (Balta Garrison with Support Units) 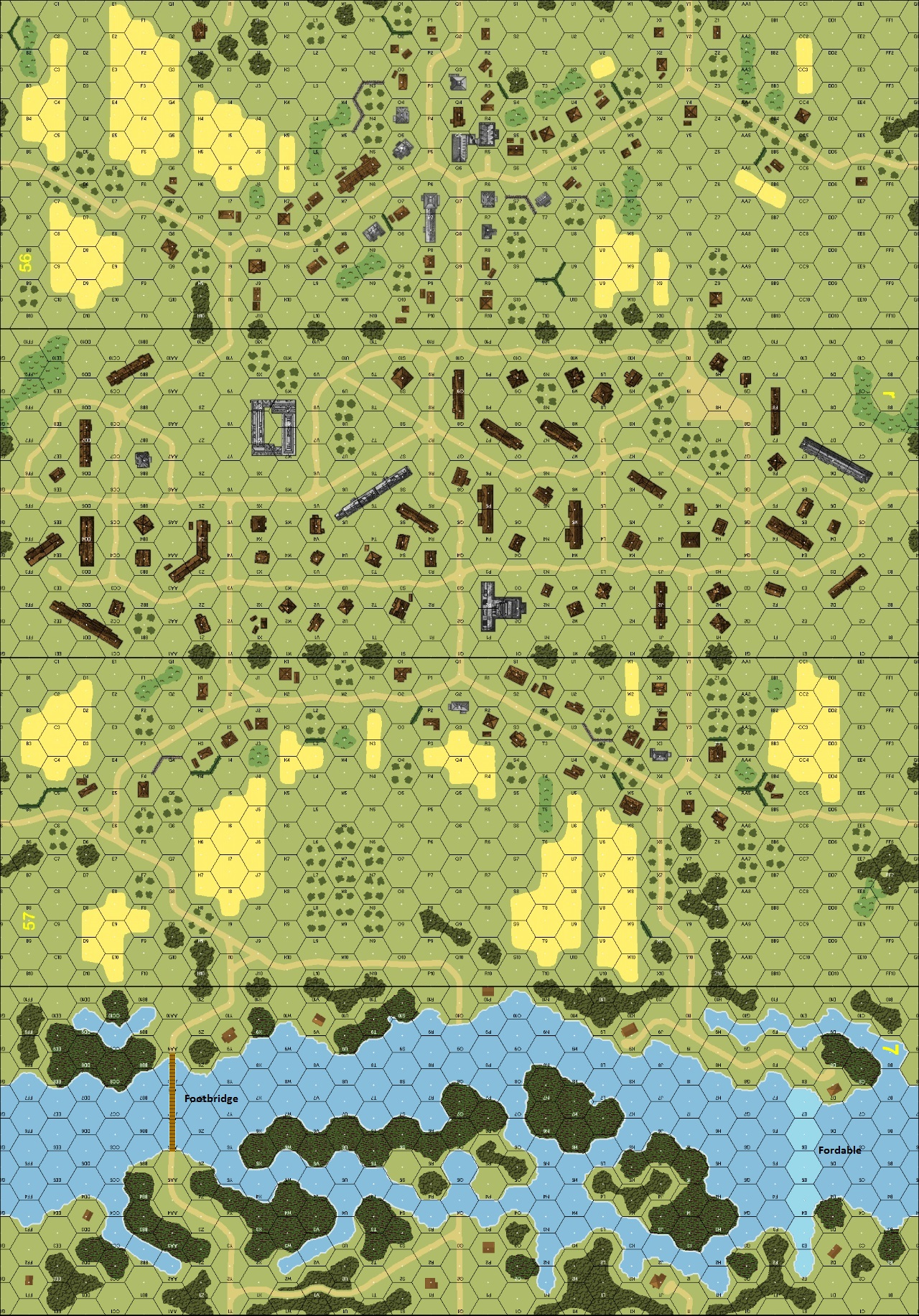 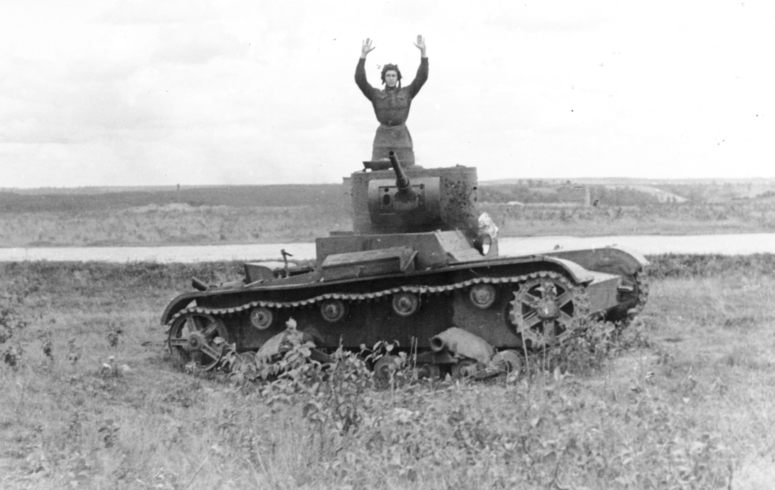 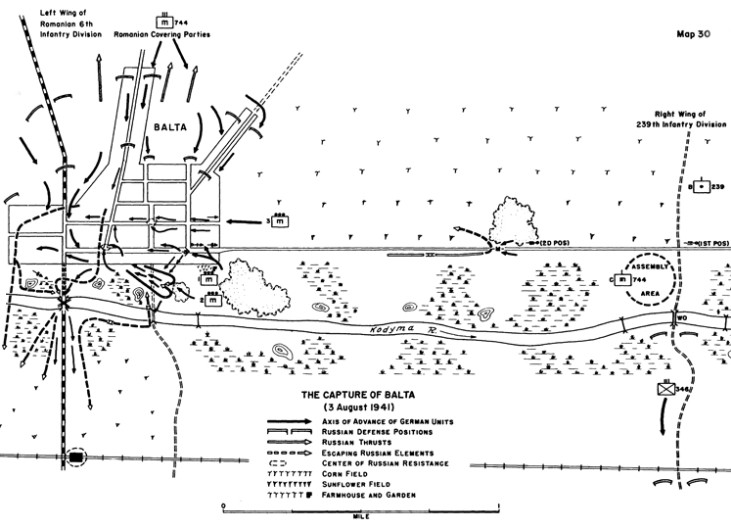 Diagram of the capture of Balta