As German Army Group North moved forward in the early days of Operation Barbarossa, the 6th Panzer Division had pushed several bridgeheads across the Dubissa River. One of these was near the town of Raseinai. The Germans in Raseinai quickly found themselves cut off as a single Russian KV-2 took position on the west bank of the Dubissa and single-handedly stopped all reinforcements attempting to relieve the Raseinai Bridgehead. After a column of 12 trucks was obliterated by the KV-2, the Germans sent in Panzerjaeger Abteilung 41 to take out the beast.
Attacker: German (Elements of Panzerjaeger Abteilung 41, 6th Panzer Division and Flak Abteilung 289 and Panzer-Pioneer Battalion 57)
Defender: Russian (2nd Tank Division) 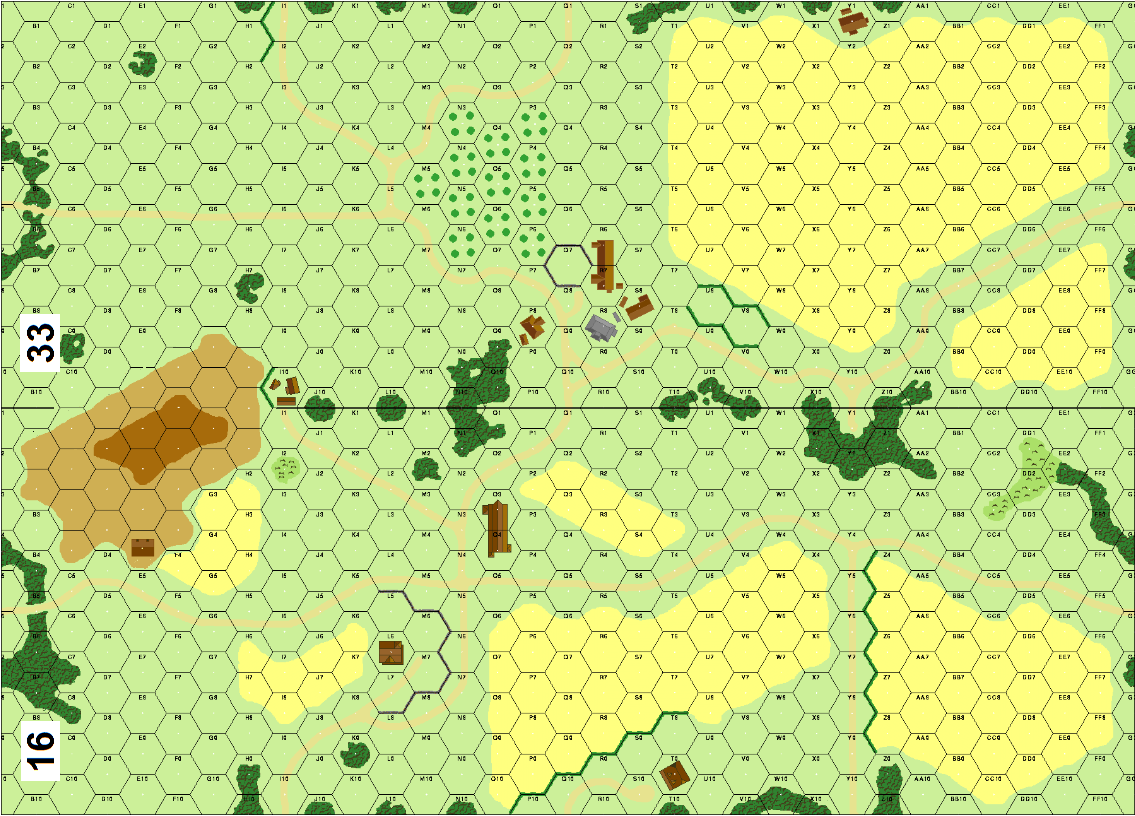 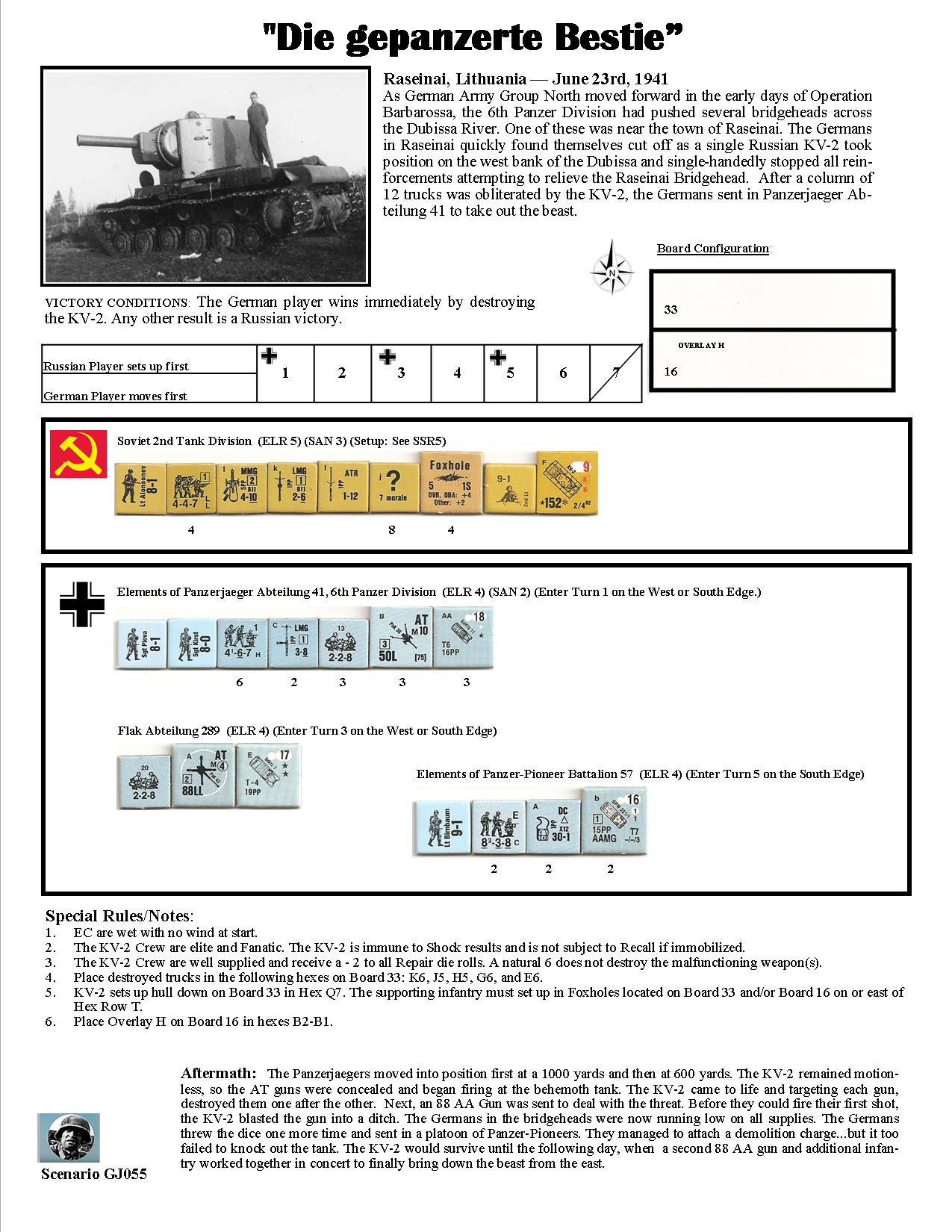