July 5th had been a hard day for the Ferdinands of Panzerjaeger-Abteilung 653. They had advanced in mass to support the attack of the 292 Infantry Division on Russian fortified positions near Veselyi Berezhoi. A number of Ferdinands were lost to the extensive minefields in the area despite trying to navigate through cleared zones. As the day’s fighting ended, Ferdinand #313 was still intact and was making its way back to the German start point. As it trundled north, it returned to the scene of the morning’s heavy fighting. Isolated German infantry could be seen also moving north and another Ferdinand, #311 was still on the battlefield having been immobilized by a mine in the morning. It’s crew had remained with the tank to await recovery. Unknown to Ferdinand #313, Russian troops were still on the battlefield having survived the day’s carnage. Upon hearing the sound of the approaching panzer, they sprang back to life.
Attacker: German (Panzerjaeger-Abteilung 653 and 184th Infantry Regiment)
Defender: Russian (467th Infantry Regiment and 805th Assault Aviation Regiment) 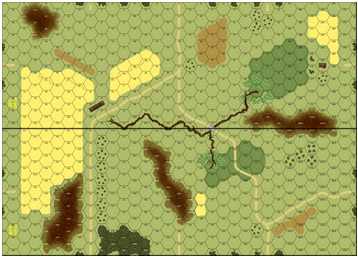 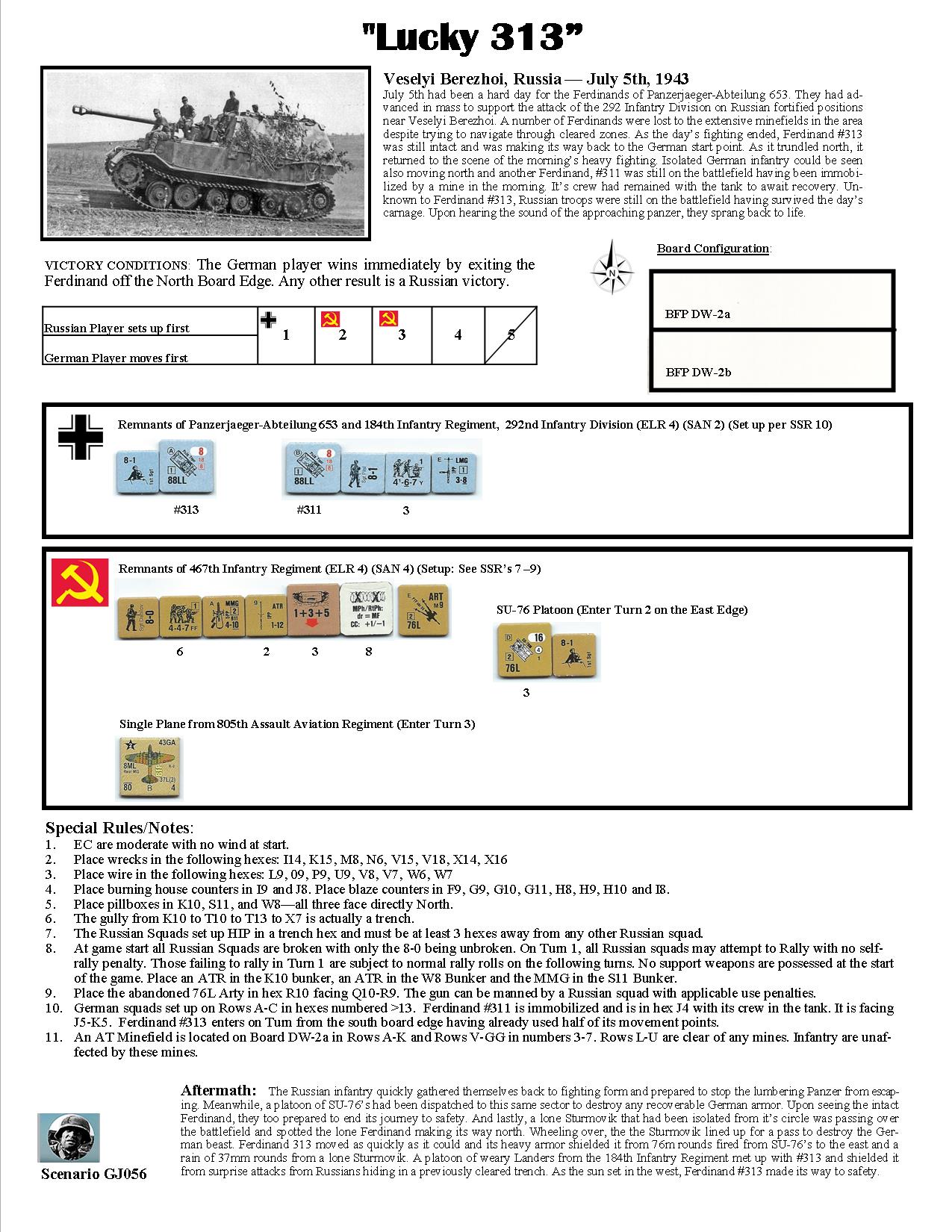