The 2nd Ukrainian Front, augmented by the allied 7th Romanian Corps, had reached the Danube. Hitler ordered that beautiful Budapest be made a “fortress city” even as the 3rd Ukrainian Front encircled it. The Romanians, ill equipped for city fighting, found themselves locked in close quarters fighting for the Eastern Railroad Station. Facing them were their old nemesis – the Hungarians – who intended to exact revenge for the pillaging of their capital in 1921. For years their feud had festered, and now no quarter was expected or granted.
Attacker: Romanian (2nd Romanian Division)
Defender: Hungarian (10th Hungarian Division and Group Billnitzer) 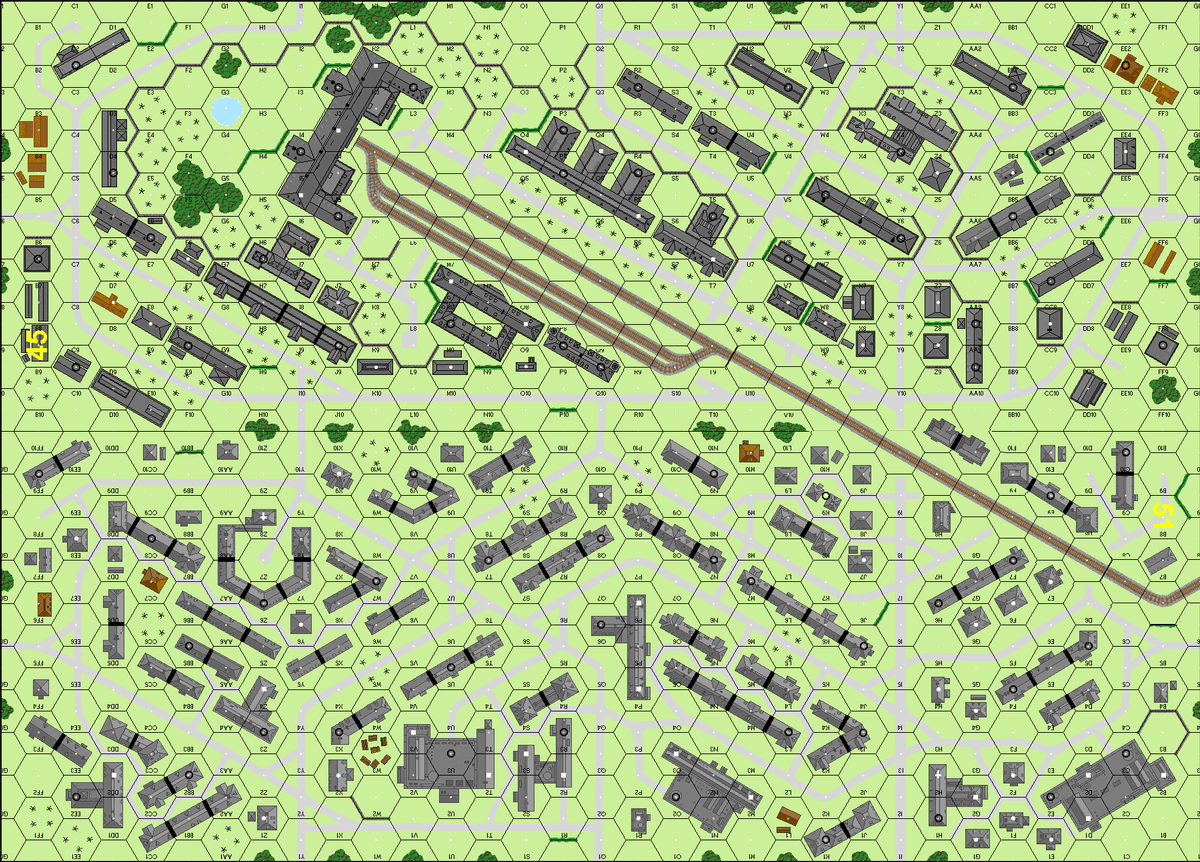