By 23 October the German 6th Army had secured Stalingradâ€™s tractor factory and gained a solid foothold in the Barrikady gun factory. Their conquest of the southernmost of the three factory complexes, the Krasny Oktyabr steel factory had not yet begun, however. Tasked with this unenviable job was Infanterie-Division 79, a collection of tough veterans. After a brief but intense bombardment of the enemy positions, the 79thâ€™s assault troops, backed by Stukas and StuGs, were to advance in three well-defined steps. The attackersâ€™ first objective was the railroad embankment just west of the factory.
Attacker: German (Infanterie-Regiment 212 with Pionier-Bataillon 179 and SturmgeschĂĽtz-Abteilung 244)
Defender: Russian (112th Guards Rifle Regiment and 48th Machine Gun Battalion, 39th Guards Rifle Division with Factory Militia Detachment) 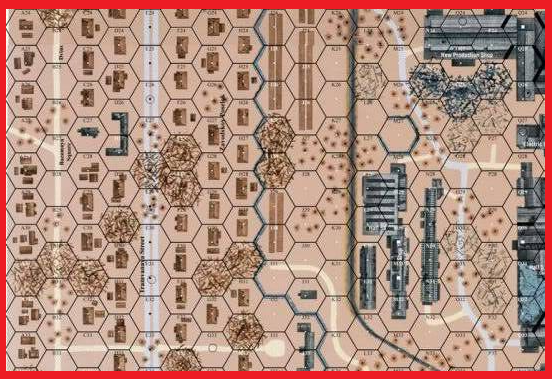