Anguar Island, near Peleliu which the Marines assaulted on 15 September, was to be assaulted only upon assurance that the resistance on Peleliu was well in hand. Marine General Rupertus gave the required assurance a mere day after the landings. Thus, the Army's 81st Infantry Division was set to invade the sideshow island of the Anguar on 17 September. Air reconnaissance had spotted defense construction activity on the southwestern beaches, so the Americans lands on the opposite side of the island, slicing through and capturing much of the island with relative ease. Major Ushio was forced to withdraw into the Romauldo Hills were the phosphate mines were.
Attacker: American (322 Regimental Combat Team, 81st Infantry Division)
Defender: Japanese (1st Battalion, 59th Infantry Regiment, 14th Division) 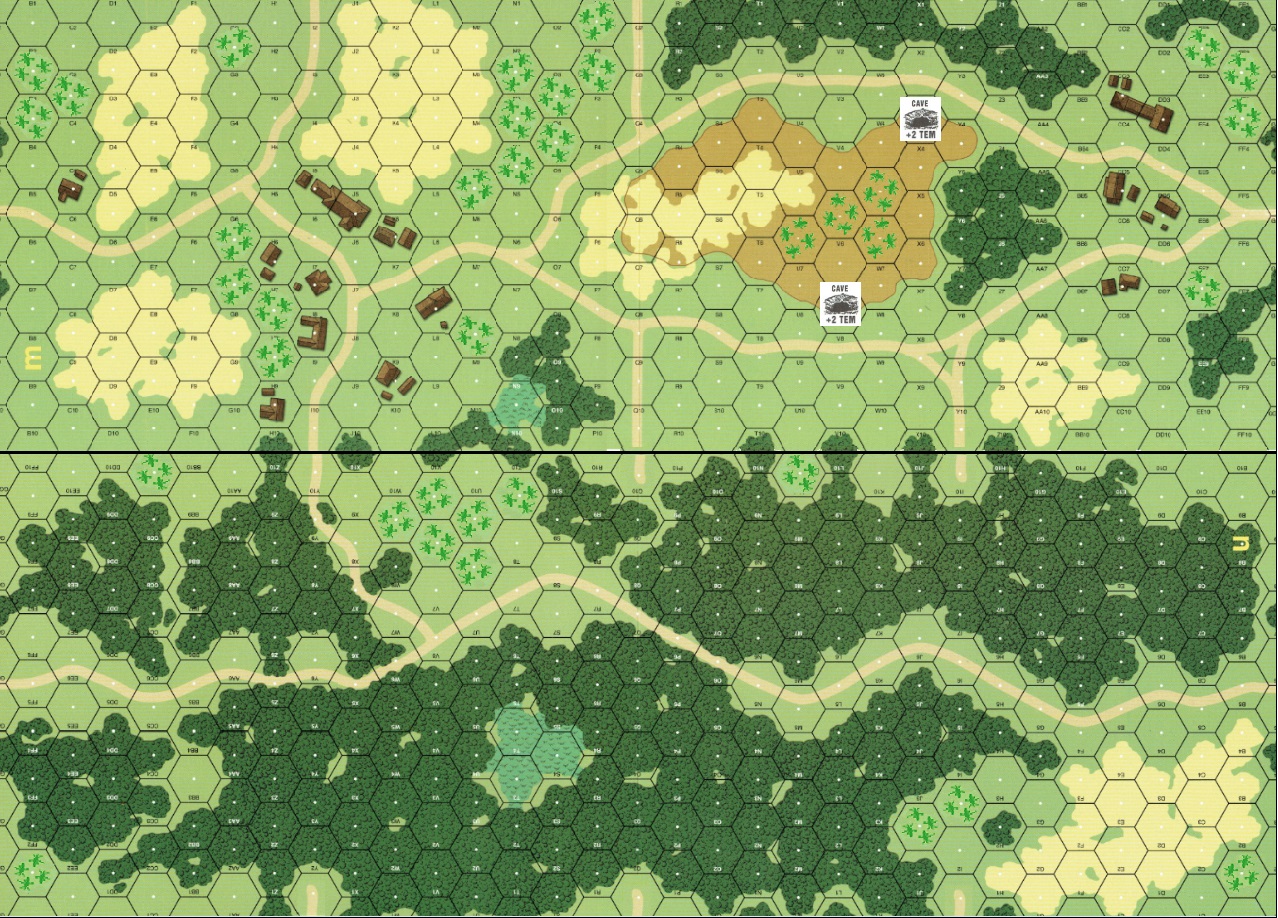 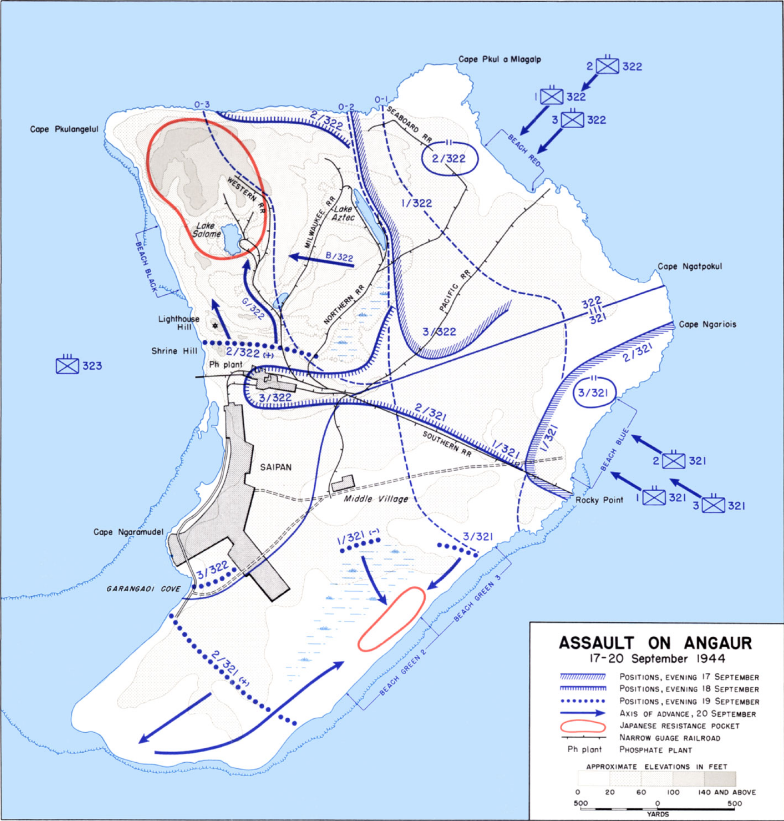