After the wild night of 17/18 December, the Americans were still in control of both of the twin villages. A lull ensued, but would not last for long. In Rocherath, the situation was dire for the survivors of SS Obersturmfuhrer Zeiner's unit, low on fuel, ammunition and coffee while unable to make contact with friendly lines. Moving out of a defensive stance, the small command instead to its remaining Panzerjaegers, band of prisoners, and moved to a new position, about 300 meters east of Rocherath. No sooner had the re-deployment been accomplished than a most welcome sight to the German eyes materialized from the woods edge: the Panthers of SS Panzer Regiment 12 were moving in to the attack, sweeping forward through the morning fog. An intense hose-to-house battle broke out amidst the buildings, walls and hedges.
Attacker: German (SS) (25th Panzergrenadier Regiment, 12th SS Panzer Division)
Defender: American (38th Infantry Regiment, 1st Battalion, 9th Infantry Regiment, 2nd Infantry Division and C Company, 644th TD Regiment, 741st Tank Battalion and 15th Field Artillery Battalion) 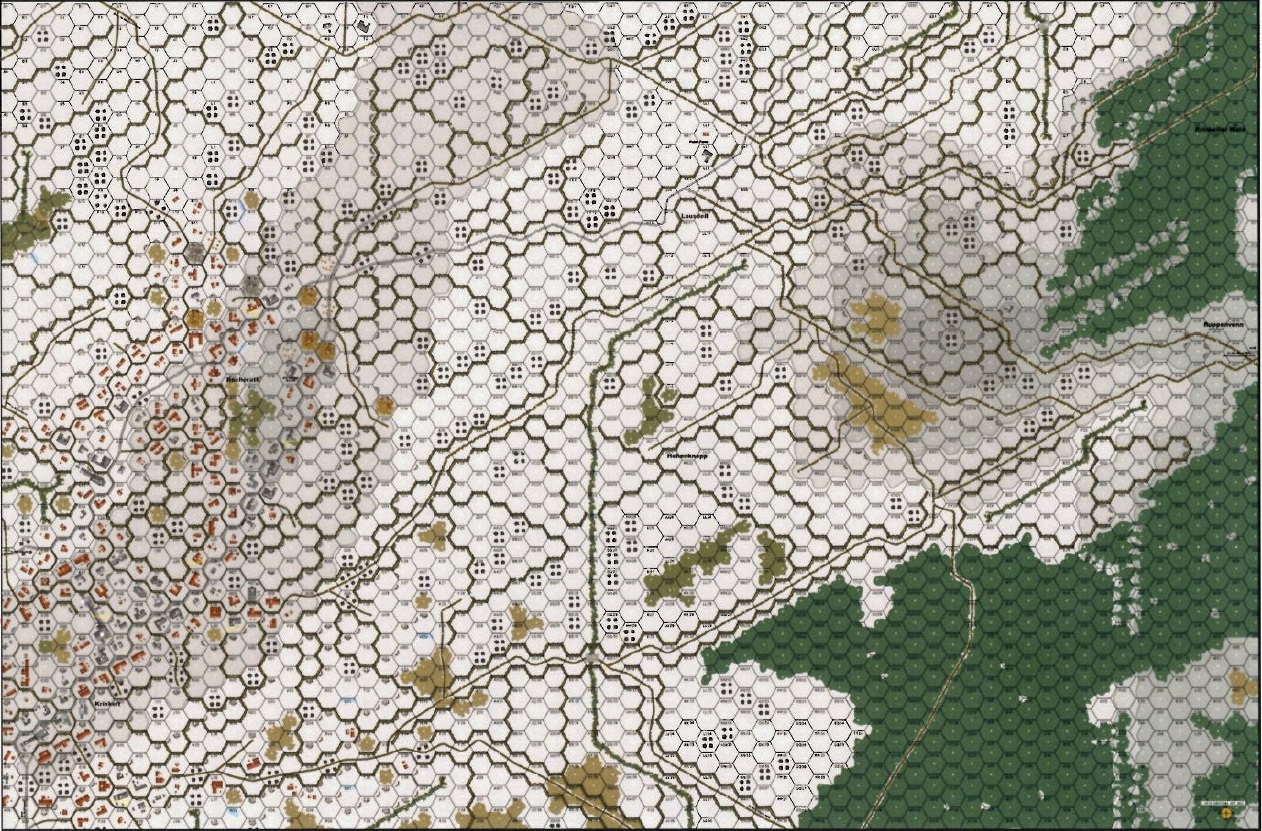