After an initial, pre-dawn foray to renew the attack, the main German effort to smash the resistance to their front came as the sun rose on 18 December. The morning light revealed a column of Panthers arrayed along the roads leading to Lausdell. The enemy tanks were ‘practically bumper-to-bumper, like boxcars’ and were soon the target of American artillery and Bazooka-teams. As Panthers began clearing out individual US foxhole positions, artillery began to fall on friend and foe; soon the cross roads was embroiled in a “mad-minute” of severe fighting. At 10:00 AM orders were received to withdraw, and by chance, four Shermans from Company A, 741st Tank Battalion, arrived just in time to be inserted into the fight and avoid a pell-mell retreat.
Attacker: German (SS) (25th Panzergrenadier Regiment, 12th SS Panzer Division)
Defender: American (9th Infantry Regiment, 2nd Infantry Division) 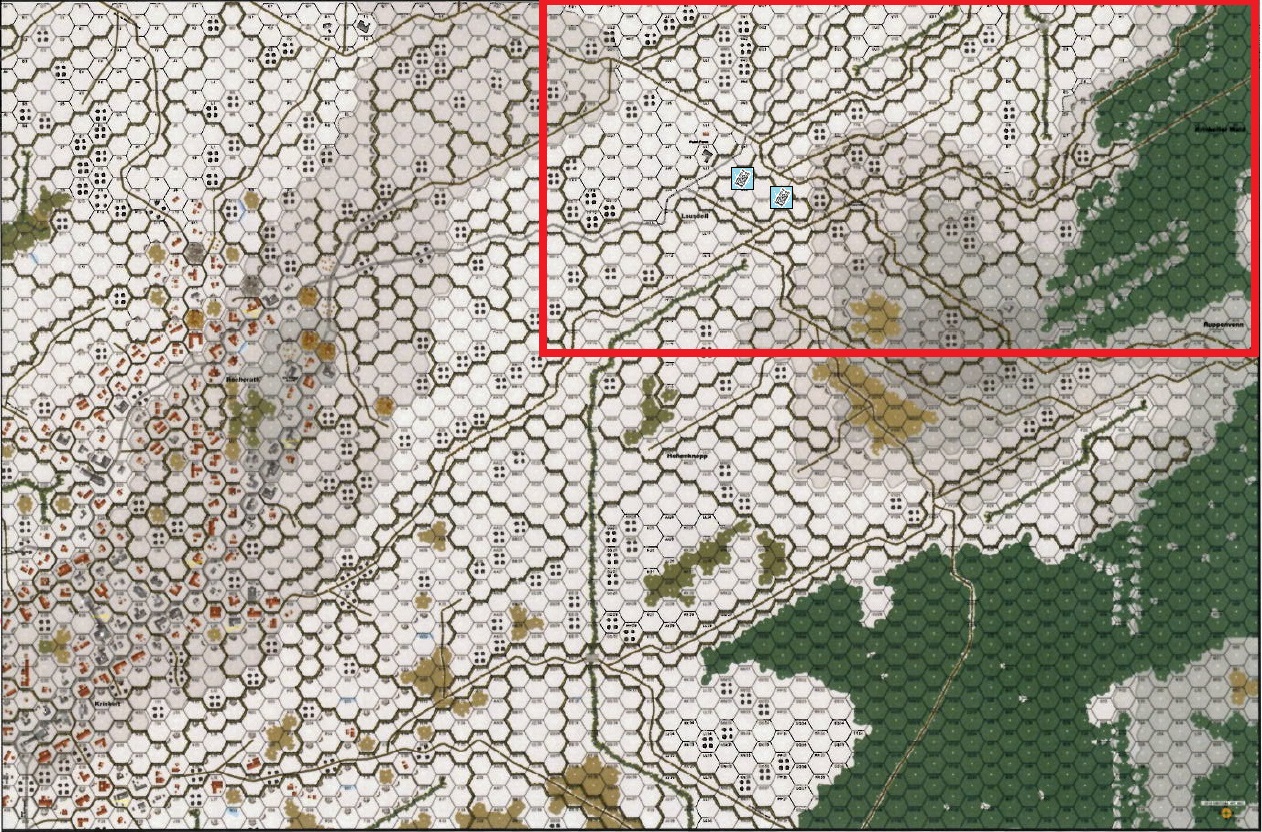 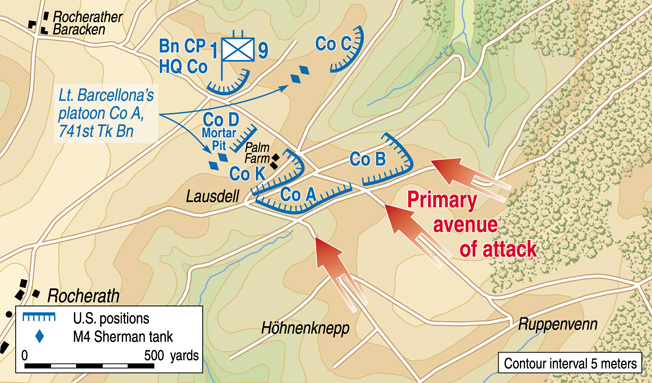