The heavy fighting the night before failed to deliver the needed breakthrough for the Red Army. As the men of Sturm Battalion Charlemagne were waking up, and fortifying their positions for another round of combat, the Red Army brought in another fresh supply of tanks. Forgetting the lessons they should have learned during the fighting over the days before the tanks move into the French lines without infantry support. A major sin when fighting in the streets of a demolished city. Waiting with panzerfausts in hand the French soon took aim at the steel beasts, roaming around without support. The lead T-34 burst into flame as a panzerfaust found its mark. Tanks continued to roll into the kill zone, and one after another they met their end. When the attack finally stopped later that day, 21 burning tanks surrounded the French headquarters in the Berlin library making the position even tougher.
Attacker: Russian (5th Shock Army)
Defender: German (SS) ((Elements of Sturm Battalion SS "Charlemagne") 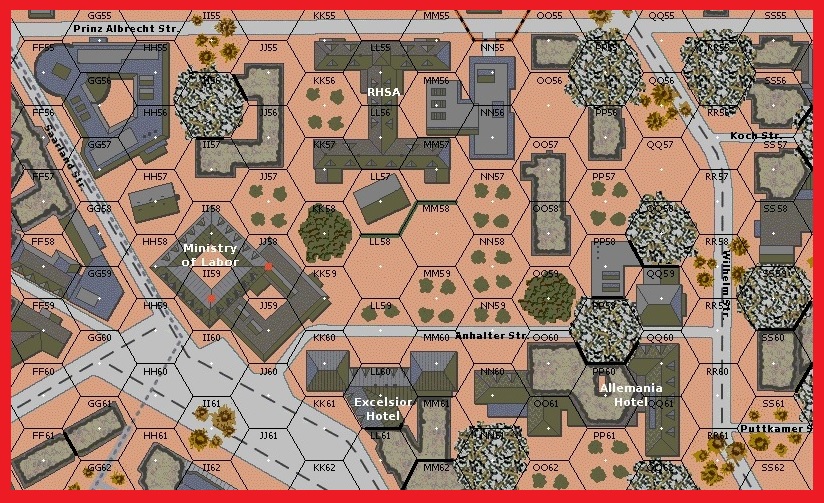