French SS men had been locked in mortal combat with the hated 'Ivans' for years and now had their backs to the wall. Not able to return to France, and knowing the Russian captivity would be a death sentence, they had nothing left to loose. No longer having any heavy weapons infantry teams with panzerfausts had caused heavy losses to Red Army tank units attacking their positions. In order to stop the losses in the tank units the Red Army changed its tactics and sent in Assault teams equipped with flamethrowers to bum the French 88 fanatics out. Advancing past the burning wrecks of several tanks the flamethrower teams were able to infiltrate through the ruins to close enough to play their flamethrowers over the ruins containing the French defenders. As the flames started to spread Gorges, an ex Paris fireman, attempted to put the fires out. As more infantry closed and the fires spread the French SS were forced out of yet one more position leaving more of their comrades behind.
Attacker: Russian (5th Shock Army)
Defender: German (SS) (Elements of Sturm Battalion SS "Charlemagne") 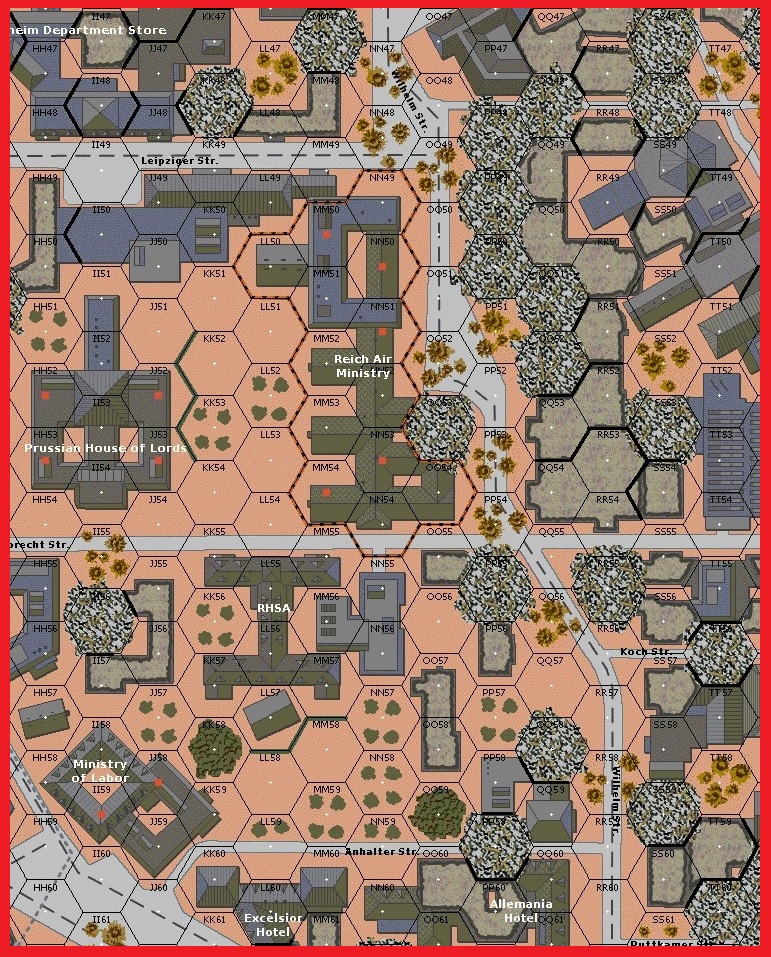