VASL setup file under USER FILES . . .The 13th of May was the day on which the French front started to crumble. The German 19th Panzerkorps crossed the Meuse River to the east and west of Sedan. General Huntzinger, commanding the French 2nd Army, decided to evacuate the defense line from Sedan to the village of Villy. On the 15th of May, around 0500, and after a preparation by the German 171.Artillerie-Regiment, the first soldiers of the German 191.Infanterie-Regiment crossed the Chiers River. Around 1100, the commander of the casement at Villy West, without waiting for orders, opened fire with the 75mm cannon.
Attacker: German (III/Infanterie-Regiment.191, 71.Infanterie-Division)
Defender: French (Elements of 1er Bataillon, 23ème Régiment d’Infanterie Coloniale) 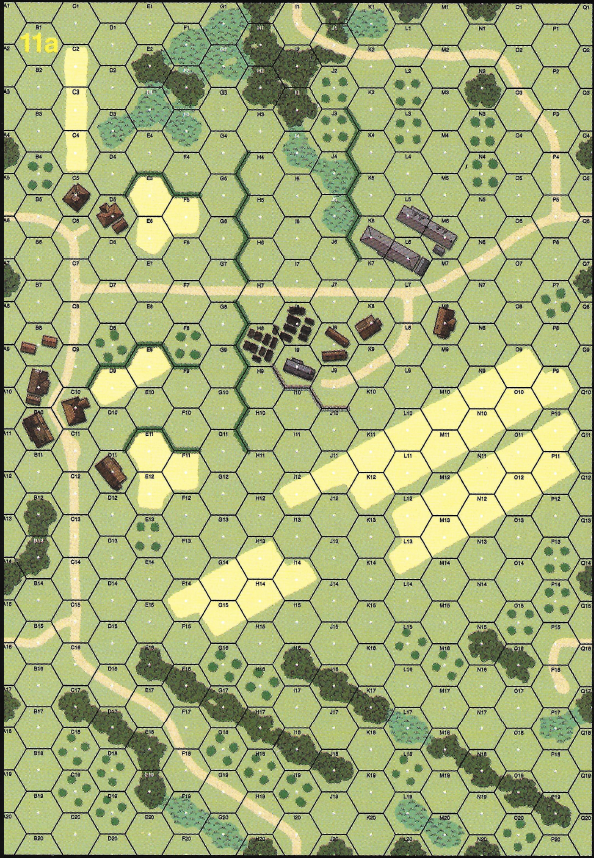