By 1930 hours on D+2, General "Howlin' Mad" Smith was on shore to personally take command of his Second Division. Plans were made for the 6th Marines to clear up the remaining one thousand or so Japanese rikusentai. Incredibly, by the third night an expected banzai attack had not materialized. The death of General Shibasaki on D-Day doomed all attempts to coordinate an intelligent counterattack. By D+2, though, the Japanese were forced into the narrow "tail" of Betio, leaving the rikusentai one last chance to marshall their forces for a final attempt to force the Marines back into the sea.
Attacker: Japanese (6th Special Base Force/Main Assault)
Defender: American (USMC) (A and B Companies, 1st Battalion, 6th Marines) 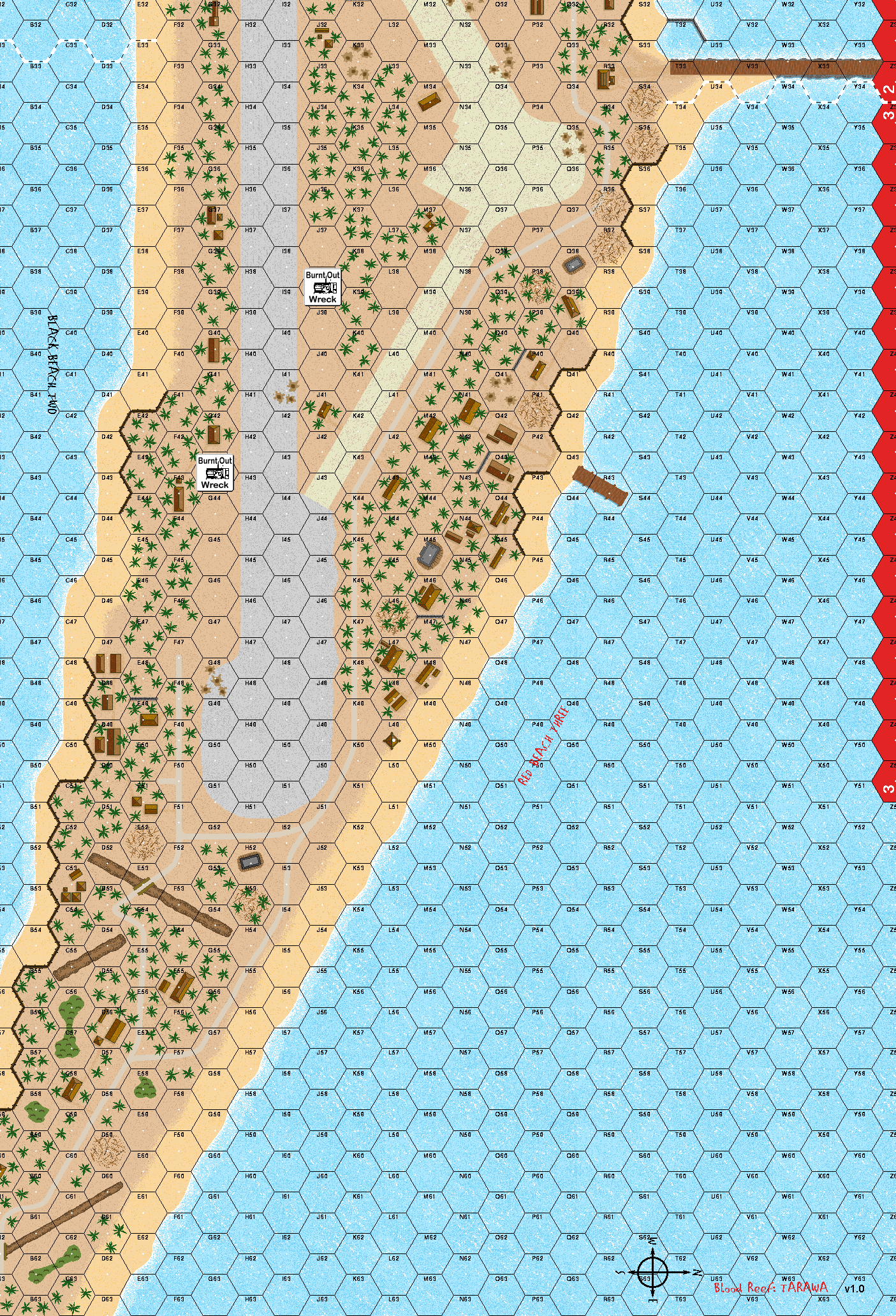 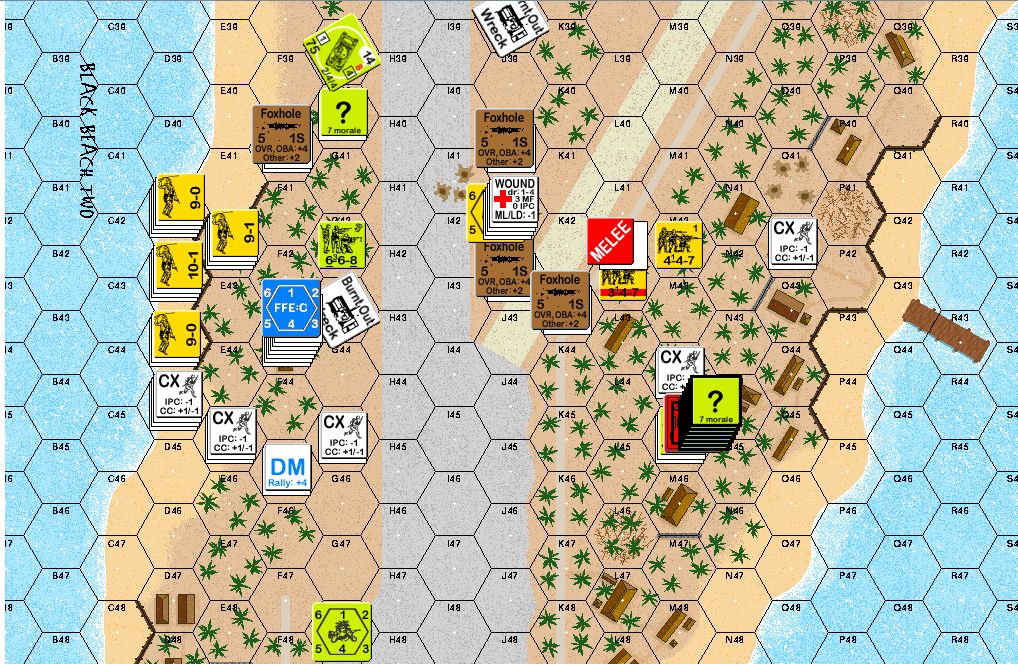