One of the responsibilities of the Airborne troops was the seizure of several key bridges following the D-Day drop. One of these bridges was at Chef-du-Pont. Gavin organized a pickup force to take care of this bridge himself. With elements of the 507th split into two groups, he marched on Chef-du-Pont by closely parallel but different routes.
Attacker: American (507th Parachute Regiment, 82nd Airborne Division)
Defender: German (Grenadier Regiment 1057, 91st Air Landing Division) 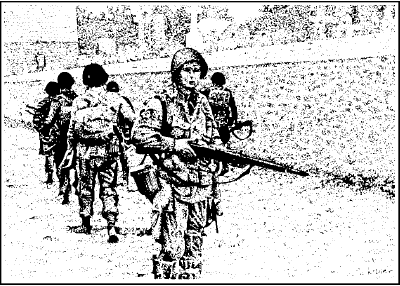