During the destruction of Army Group Center, the German front became pierced at many points. As the battlefield situation became more fluid, reliable information was of crucial importance to both sides. In the midst of the fighting an unusual clash occured on the outskirts of Lepel— unusual in that both recon forces were commanded by seasoned, aggressive leaders. Although the primary responsibility of both groups was to avoid contact and obtain battlefield intelligence, the aggressive nature of both commanders prevailed. A vicious firefight ensued. . .
Attacker: Russian (Recon elements, 30th Guards Tank Corps)
Defender: German (Panzer Aufklaerung Abteilung 5, 5th Panzer Division) 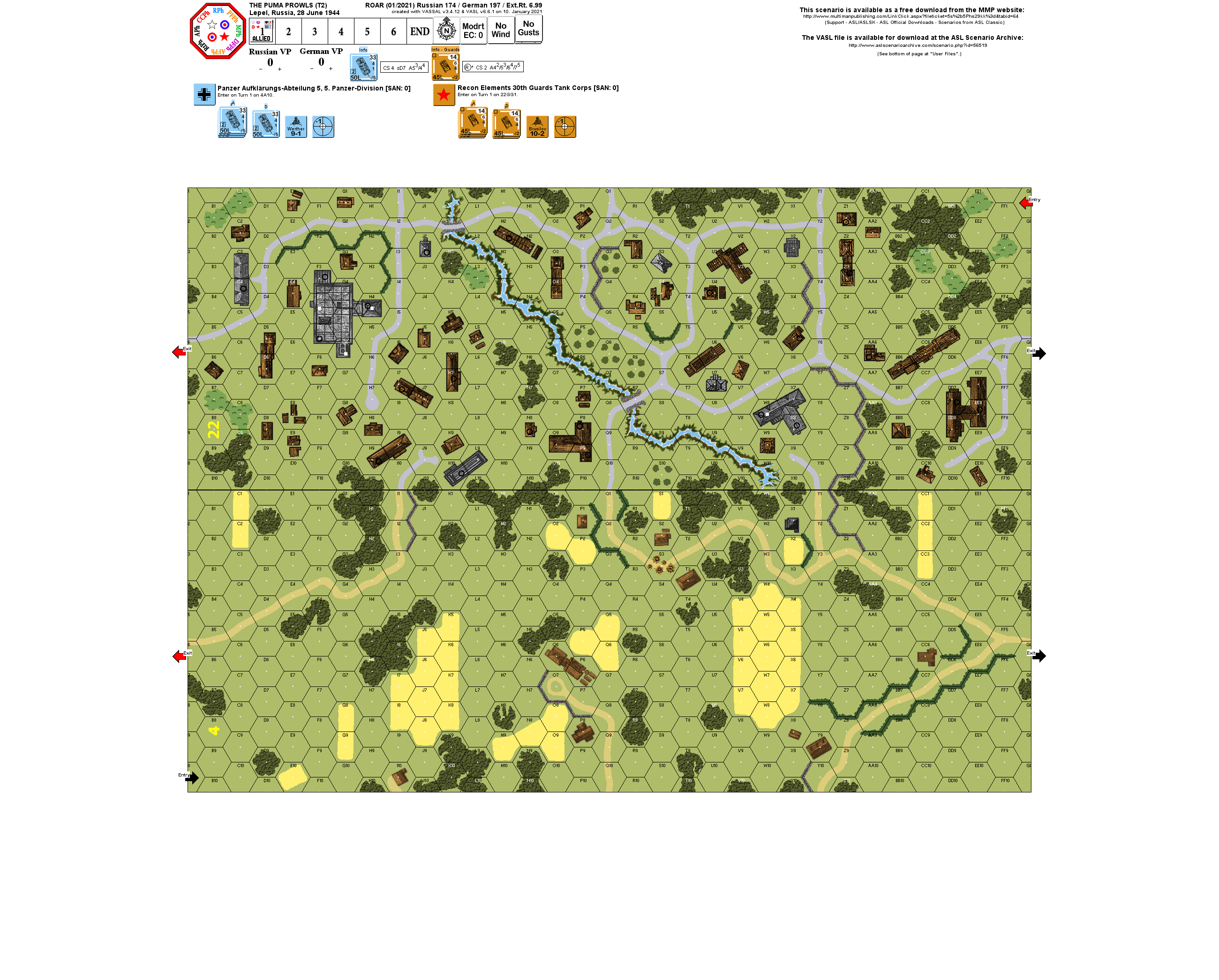 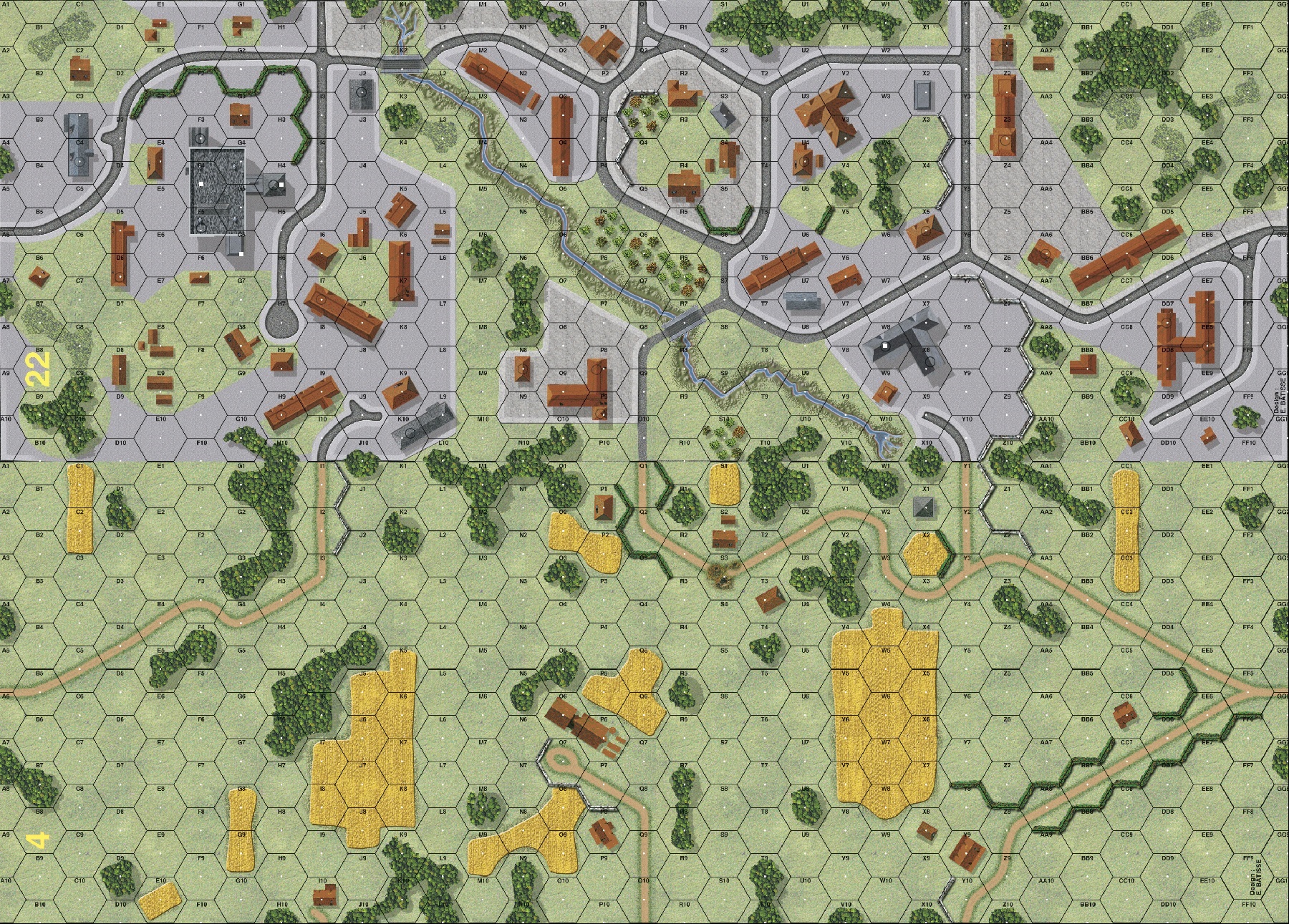