Kampfgruppe Peiper of the 1st SS Panzer Division made a clean breakthrough of the American lines at the opening of the Battle of the Bulge. For the next two days, Peiper aggressively probed paths wetstward, searching for a clear avenue to the Meuse. After crossing the Ambleve at Cheneux, a string of blown bridges forced the Germans to reroute their advance. The village of Stoumont lay astride the path Peiper would have to take. The attack on Stoumont opened at 09:00 with infantry advancing from the south and a column of tanks advancing down the road from the east. As the lead tank, a Panther, entered the village, a 90mm AA gun opened up on it. . .
Attacker: German (SS) (SS Panzer Grenadier Regiment 2 and Fallschirmjäger Regiment 9 and SS Panzer Regiment 1)
Defender: American (3 Battalion, 119th Infantry Regiment) 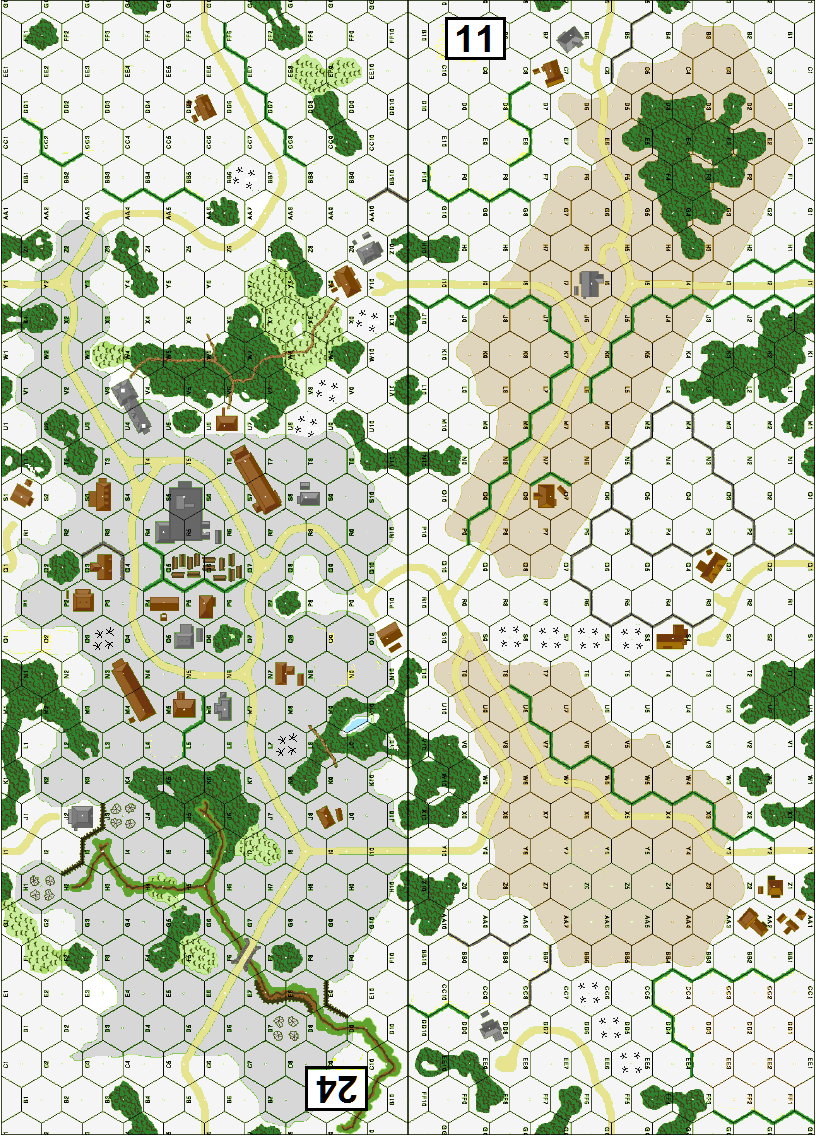