The veteran 352nd Infantry Division, whose presence was missed by Allied intelligence prior to D-Day, had established a series of strongpoints along its beach front defense zone. One such feature was the Vierville Draw. This terrain feature was a narrow break in the hills overlooking Omaha Beach. On the morning of D-Day two right flank companies landed as schedules in front of the Vierville Draw. After one landing craft foundered and another was hit four times by mortar fire, the remaining mend of the two companies struggled to shore for a first hand introduction to the seasoned Germans situated on the bluffs overlooking the beach.
Attacker: American (Company C, 2nd Ranger Battalion, Company A 116th Infantry Regiment, 743rd Tank Battalion)
Defender: German (Elements of the 3rd Bataillon, 726th Regiment) 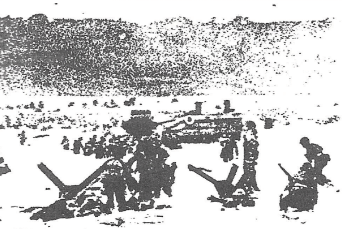