By dusk on the 14th, the Germans had surrounded the Tractor Works on three sides. The victorious LI Corps would soon be reporting the destruction of twenty enemy tanks and the capture of 1,028 prisoners along with scores of mortars and artillery pieces. Hitler would be boasting to his cronies in the Burgerbraukellar that all but small pockets of the city had been taken. In reality, the battle for the Tractor Works evolved largely into numerous deadly firefights between small groups. The fighting all over Stalingrad had developed into what the German infantry nicknamed Rattenkrieg... the war of the rats.
Attacker: German (Elements of the 389th Infantry Division)
Defender: Russian (Elements of the 37th Guards Rifle Division) 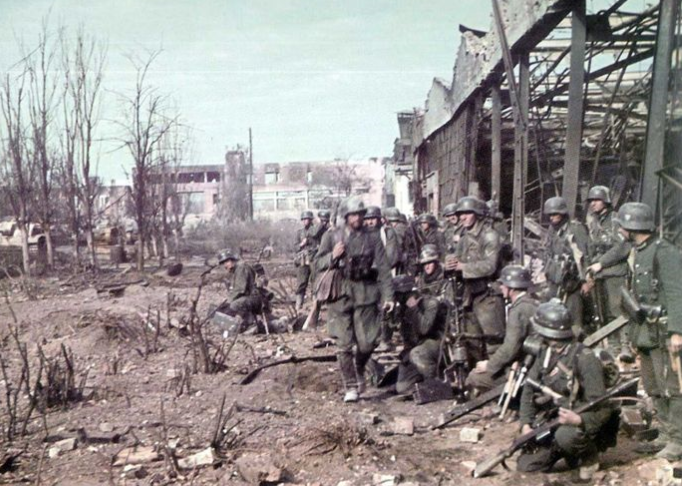