Facing an overwhelming enemy attack, the Germans on 'The Balcony' were forced to give way at all points. German HQ made all small unit commanders well aware of orders to do the most damage to the enemy as possible, the hold for upcoming counter-attacks. Sometimes this amounted to throwing pebbles in the stream – hopeless efforts to stem the enemy tide. The survivors of the initial bombardment, and the passing of the first enemy assault guns simply tried to survive long enough to be rescued. On the southeast corner of the battlefield a Soviet tank column, with infantry mounted on tank decks, advanced along the Sujewo-Judino ridge. Heading for the Ostrov rail line, a breakthrough here was the best hope for the 1st Shock Army's attempts to break the 'Panther' positions.
Attacker: Russian (Elements of 33rd Rifle Division and 1st Shock Army)
Defender: German (Elements of the 405th Regiment, 121st Infantry Division) 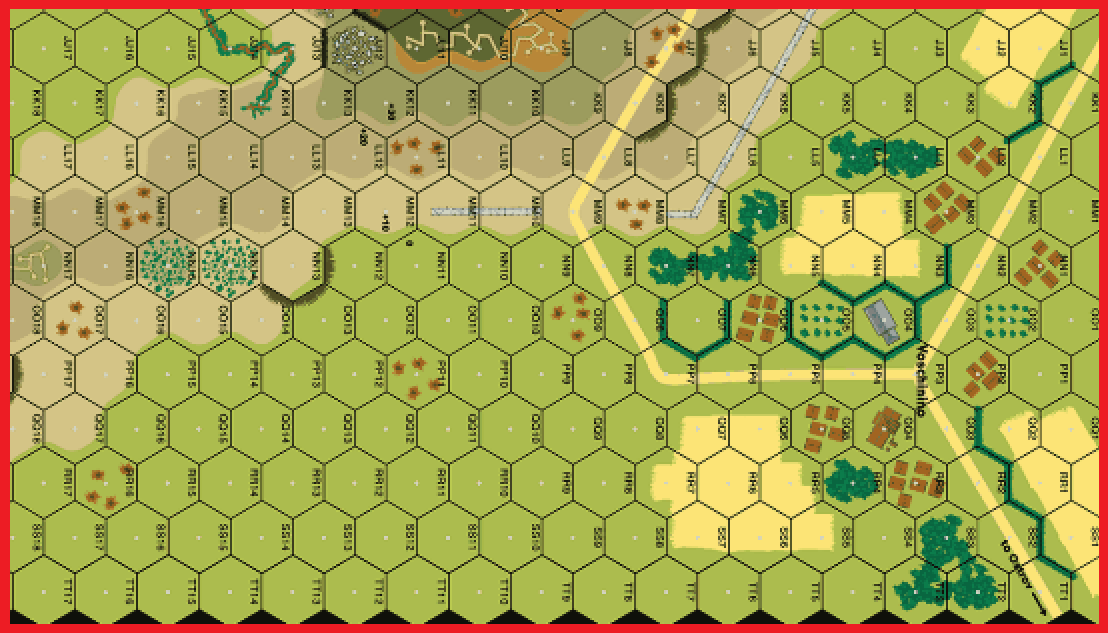