Part One of the Lingevres Campaign - - -For one week, the XXX Corps of the Second British Army had been trying to enter Tilly Sur Seulles and to bypass the flanking positions manned by General Bayerlein's Panzer Lehr Division. Three unsuccessful assaults had already collapsed against the AT guns and panzergrenadiers entrenched in the woods. The 9th Durham Light Infantry was given the next chance. After an artillery preparation, the 9th DLI started with the support of the A Squadron of the Royal Dragoon Guards. The first task at had was to take the woods which skirted Lingevres.
Attacker: Canadian (Elements of the 9th Durham Light Infantry Bat. and of A Squadron of the 4/7th Royal Dragoon Guards)
Defender: German (II Bataillon du Panzer Grenadier Lehr Regiment 902 du Hauptmann Muller) 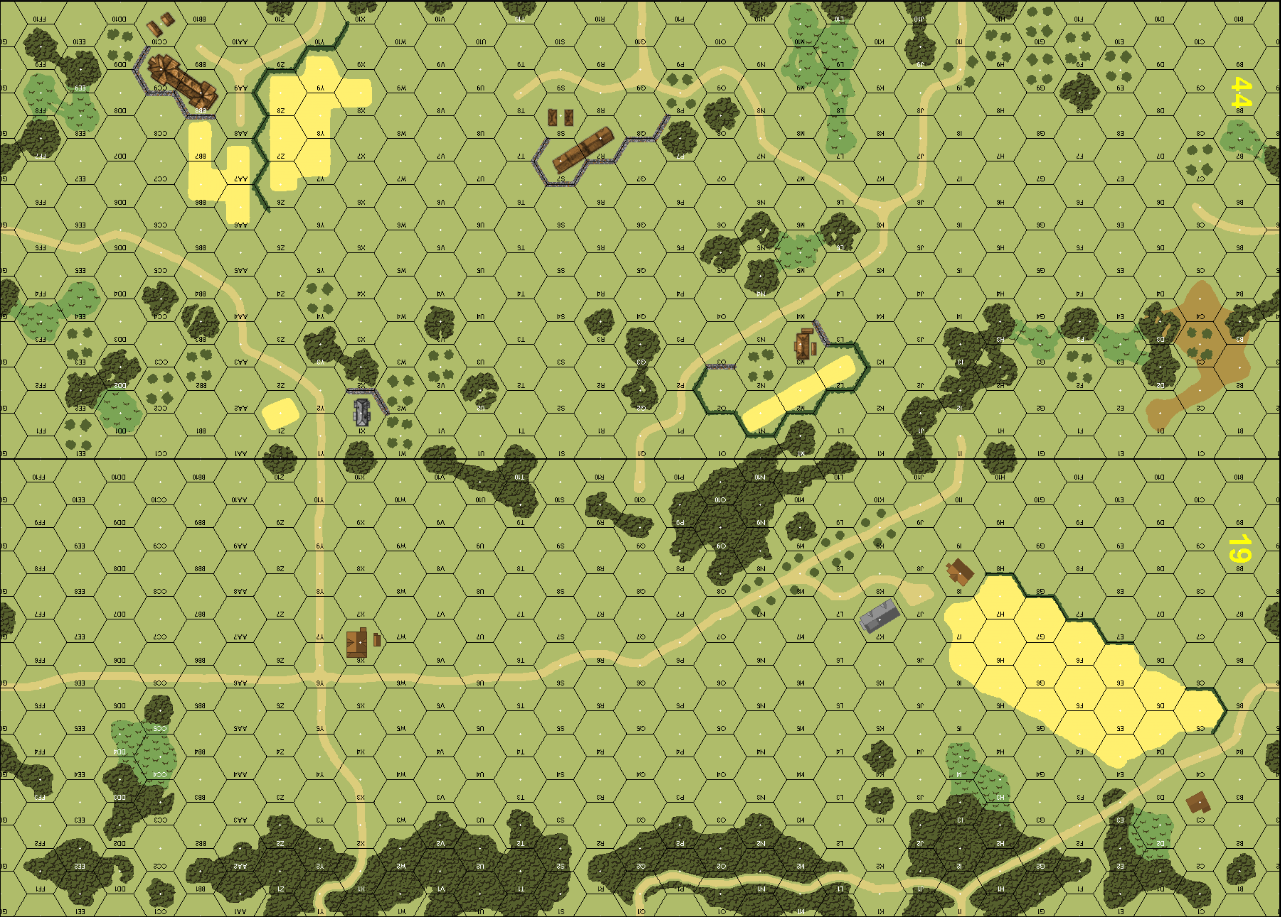 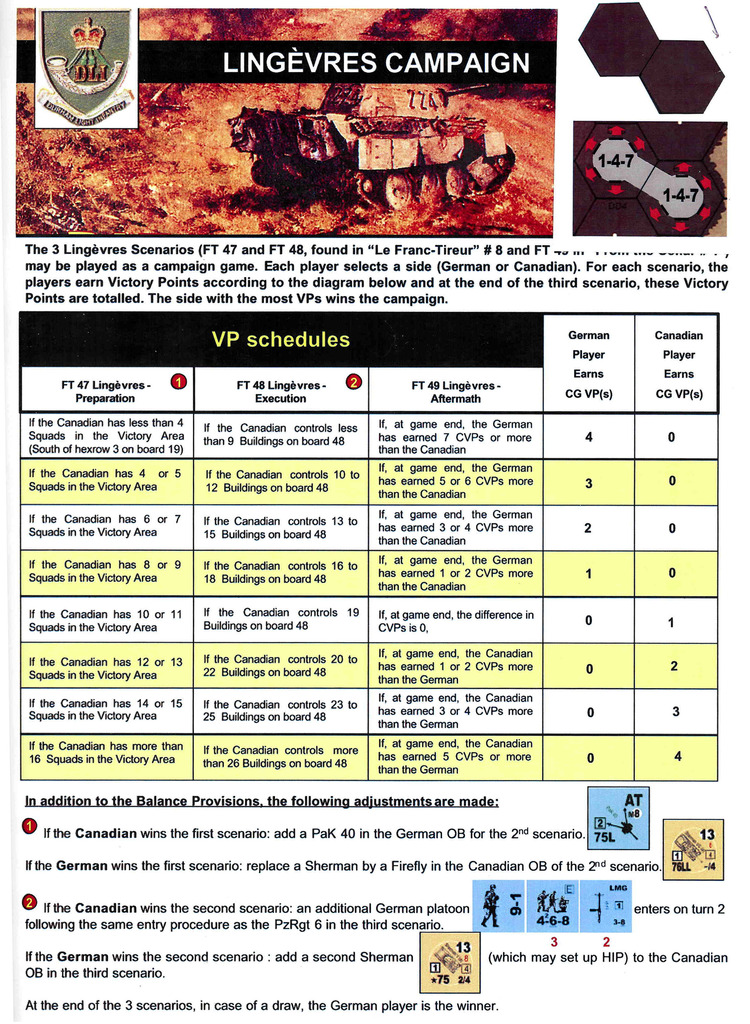