The Russian army was driving on the German capital, as the reign of the Third Reich drew to an end. All through April, it seemed that nothing could stop the advancing Russian juggernaut. Mixed elements of the depleted 9th Division desperately tried to hold the Red Army from reaching the capital of the Fatherland. One such holding action occurred on the morning of the 21st around a farm just a few miles from Berlin. All that morning, the defenders listened to the sound of artillery shells falling behind their position. By 1000 hours, several refugees reported tanks advancing up the main road in their direction. Radio communications were in shambles, so the defenders were on their own. They wouldn’t have to wait long. Several Russian T34’s backed up by two companies of infantry, assaulted this knot of resistance. For the German defenders, it proved to be another long day. In the opening minutes, five of the six lead tanks were in flames and it looked like the Russian column would be turned back. But a second column of T34’s appeared on the left flank, overrunning the German Machinegun position that was giving covering fire to the farmhouse. Russian assault troops had to root out the stiff German resistance hiding in the cellars of the main house, and fighting quickly turned into hand to hand.
Attacker: Russian (Forward and Follow-up elements of the 69th Army Division)
Defender: German (Depleted Elements of the 9th Division) 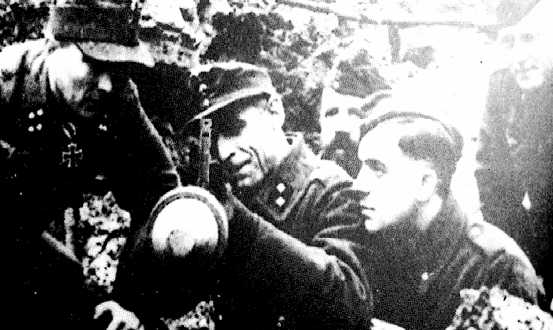