"A Foot Against" - - - As with other German units engaged in the Ardennes offensive, the 7th Army achieved none of its goals. However, it did try to hold some of its gains to the south to face the American reinforcements arriving from Pattonâ€™s 3rd Army. The divisions of the US III Corps face strengthening resistance from 22nd December, when they sought to recapture the town of Wiltz and hence relieve Bastogne. The wooded terrain and snow favored the defenders, which also prepared their own attack with the support of the Fuhrer Grenadier Brigade. This mobile unit, formed from the depots of the Grossdeutschland Division, was the only mechanized unit of the 7th Army. On 24th December, it launched its attacks on the towns of Eschdorf and Heiderscheid in company with the 79th Volksgrenadier Division. While fighting continued at the former, Heiderscheid was occupied by the US 80th Infantry Division and was directly targeted by the Germans. - - - Victory conditions: The German player must control at least 6 buildings between 12M and 12V inclusive (multi-hex buildings count double) while inflicting more CVP than has been suffered. The US player has already suffered 6 CVP at start of scenario.
Attacker: German (Reinforced elements Fuhrer Grenadier Brigade)
Defender: American (Reinforced elements II/319th Infantry Regiment) 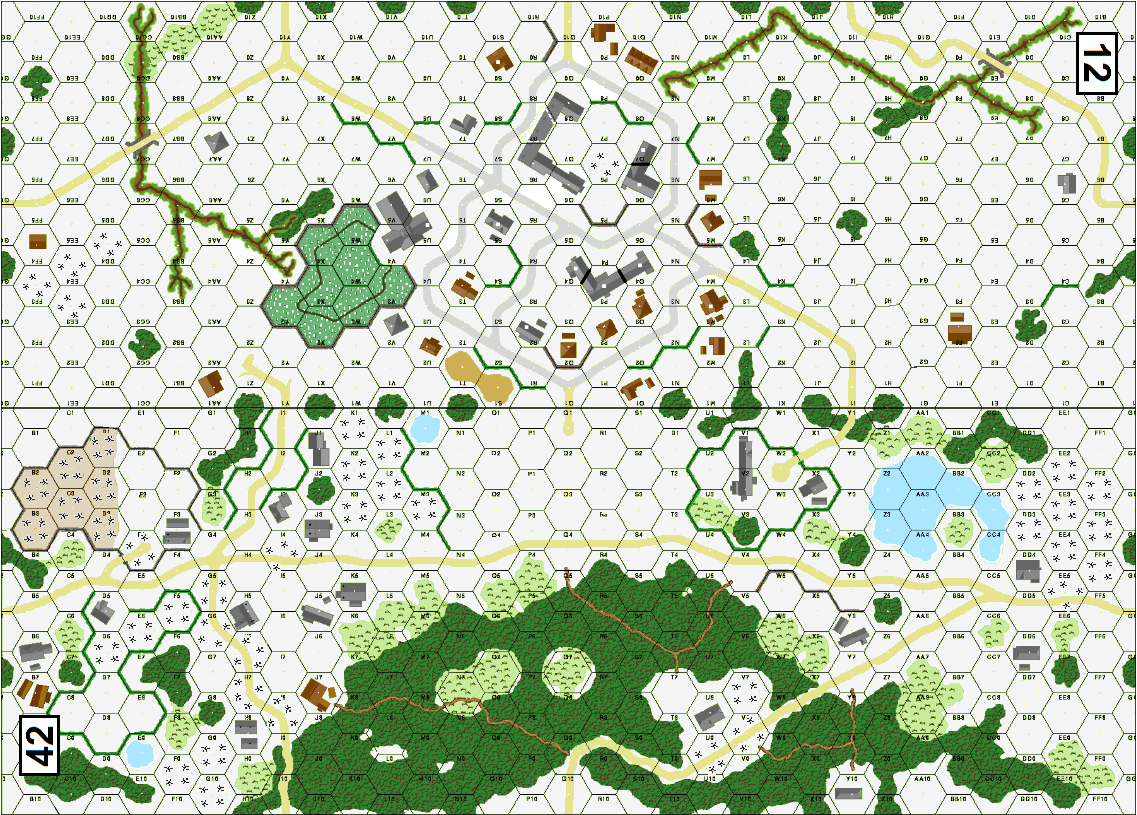 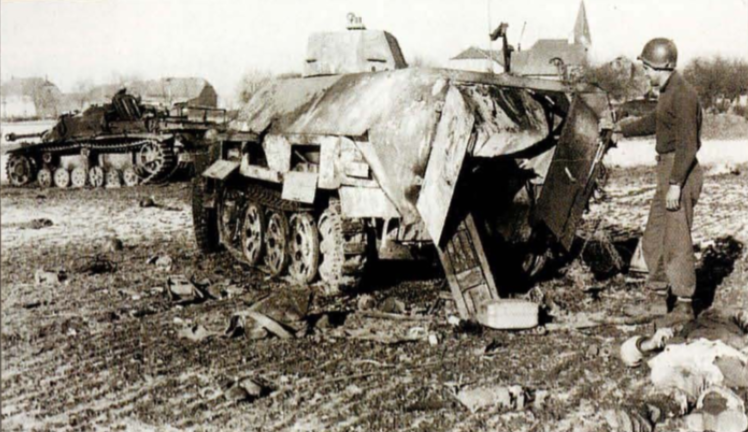