Hitler's stubborn defense of Budapest allowed the 2nd and 3rd Ukrainian Fronts to cut off the city. While German counterattacks delayed the encirclement of the city until the 26th, four German divisions and one Hungarian division were trapped in Budapest by the rolling Red tide. Among the forces trapped were the IX SS Mountain Corps, and they were ordered to hold the city at all costs. In mid January, the IV SS Panzer Corps opened a passage to allow the entrapped forces to escape had Hitler not forbade it. Hitler, however, was not about to let his only alliance to be swept aside so easily.
Attacker: Russian (Elements 2nd & 3rd Ukrainian Fronts)
Defender: German (SS) / Hungarian (Elements 9th SS Mountain Corps, Mariateresafreiwillingensdivision & 4th SS Panzer Corps) 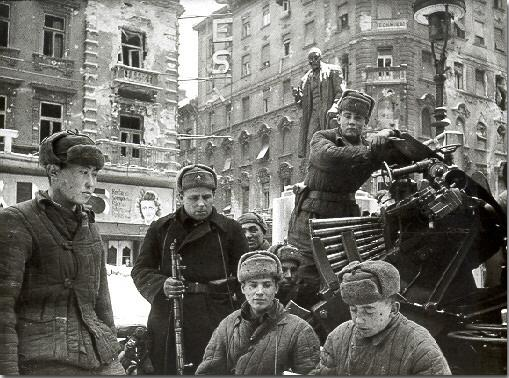