Late August 1944 was a disastrous time for the Germans with Normandy, Slovakia in revolt, Russians at the gates of Warsaw and Romania and Bulgaria moving to switch sides. In the early hours of August 24th, a hastily assembled column under the command of General Alfred Gerstenberg, set off to the capital of Romania to prevent the overthrow of Marshal Ion Antonescu. Along the way, at a key bridge just outside of the capital, the Germans ran into the Kings Own Cavalry who were soon reinforced by a platoon of old Czech tanks. The two sides quickly started shooting at each other and soon the two allies were enemies.
Attacker: German (Elements of the Gerstenberg Detachment)
Defender: Romanian (Elements of the Royal Guard Calarasi Regiment) 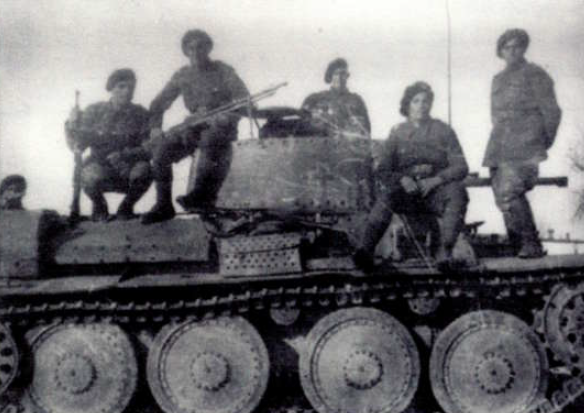