When the hammer finally fell on the 1st Borders, it came in the form of heavy attacks on all four companies. By far the most damaging attack was launched on B Company along the Rhine. Taking heavy casualties, B Company was driven from the Westerbouwing heights above the river, but B Company commander Major Armstrong was not yet ready to quit. First he re-organized the survivors of 11, 13 and 14 Platoons to quickly counter the Germans before they could settle in. Putting 12 Platoon into a blocking position at the crossroads, the plan was to proceed straight for the restaurant. The men were game, but the Germans were ready.
Attacker: British (B Company, 1st Battalion, the Border Regiment, 1st Airlanding Brigade)
Defender: German (Hermann Goering NCO School) 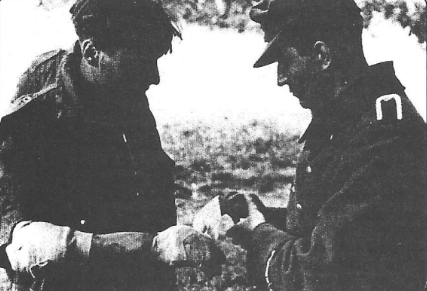