Day after day the Germans had poked at the British perimeter, but after Thursday they had little heart for the fight. Then a trainload of Königtigers – Royal Tigers —- from 3rd Company, Panzer-Abteilung 506 arrived in Arnhem, personally ordered into the fray by Hitler. Although distinctly ill-suited for urban combat, they were hurried to the front lines around Arnhem and Nijmegen. They joined with assault guns from StuG-Brigade 280, and the reluctant infantry of KG Meir. Their attack was intended to cut off the British from the river, turning the perimeter into a simple pocket waiting to be starved out.
Attacker: German (SS) (SS Kampfgruppe Von Allworden)
Defender: British (Lonsdale Force) 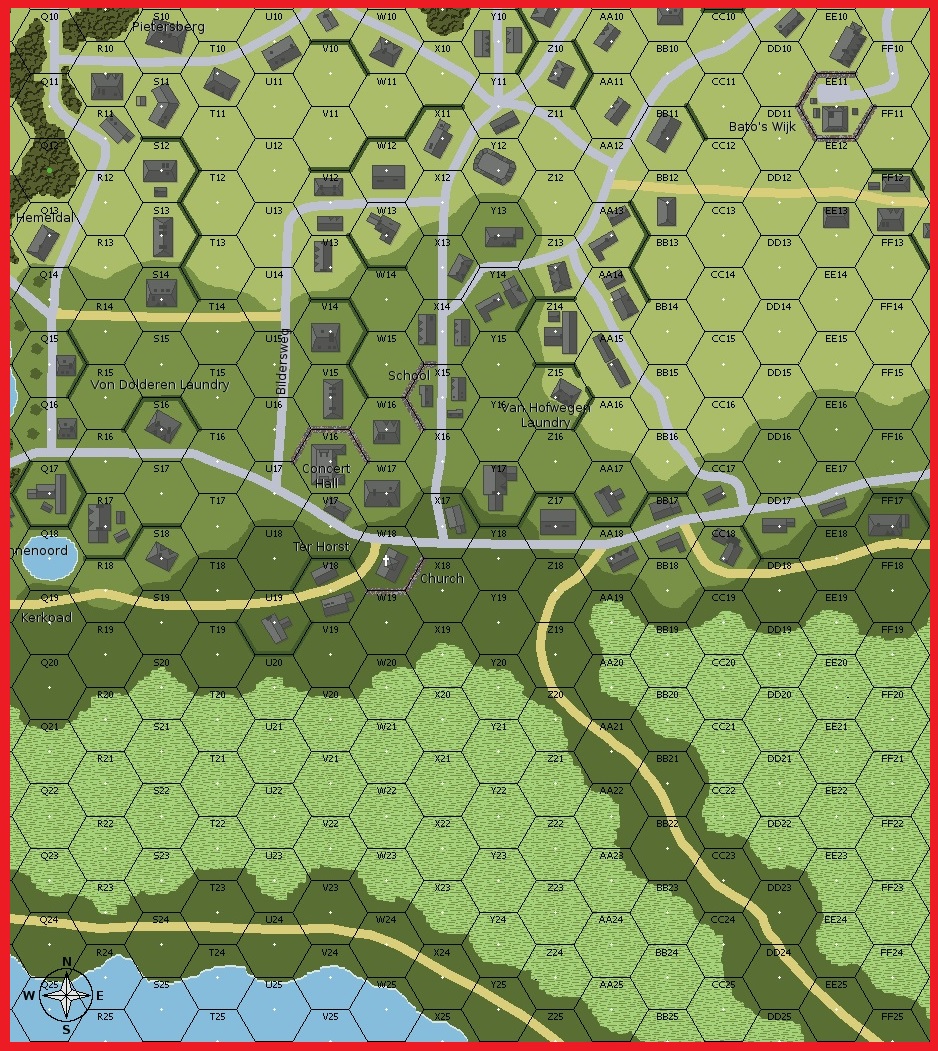 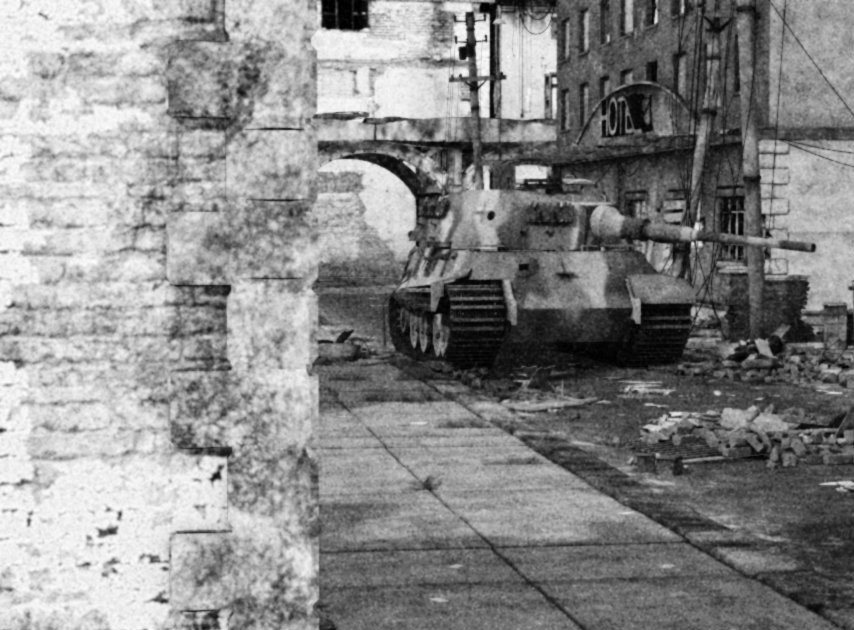