South of Moergestel [east of Tilburg] a section of Dutch engineers and infantry men guarded a bridge over the small river Reusel. When they made preparations to blow up the bridge, a German reconnaissance squad with armoured cars and a few trucks approached at high speed. They raced over the bridge, but nevertheless the Dutch were able to detonate the charges and the last truck went down the river [killing one man] together with the bridge. At the same time this event took place French armored cars arrived, and the first literally crashed into the German point car. The heavier French armoured cars soon immobilized the other German vehicles. After that the French withdraw from the scene, taking some German pow's and a few captured motorbikes with them. The follow up force of the Germans would find the bridge destroyed.
Attacker: German (9th Panzer Division)
Defender: Dutch / French (1st Battalion Grenadiers, 6th Cuirassier Regiment)

Players: 3     OBA: None     Night: No
Errata (source)
Players wanting to play this game/Request a match: 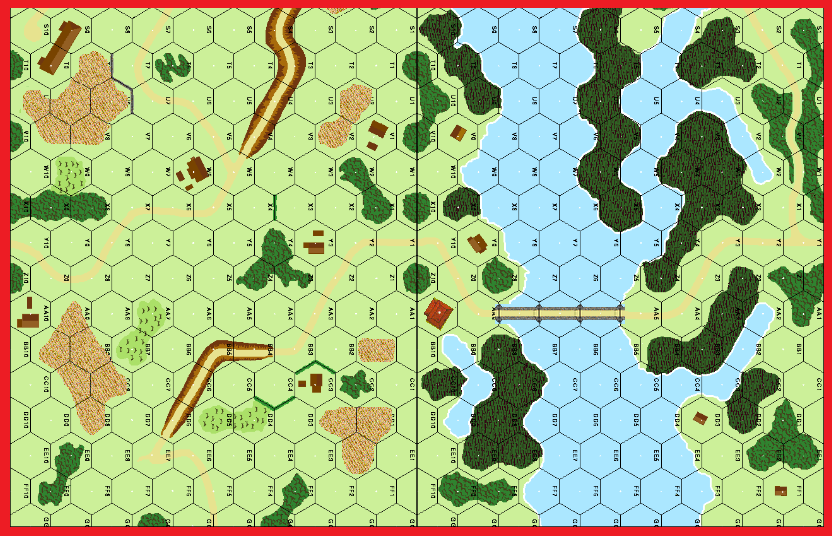