Just two days into “Barbarossa” the German recon and mobile kampfgruppes were roaming miles behind the Russian lines. Soviet rifle companies had stationed themselves in villages and strong points, awaiting orders that often never came to move and regroup. Near the town of Raseinai, 1st Panzer's Recon troops had located several pockets of resistance and were ordered to determine their strength and fix them in place, or wipe them out if possible.
Attacker: German (Elements of the Reconnaissance Battalion of 1st Panzer Division)
Defender: Russian (Elements of Soviet 125th Rifle Division) 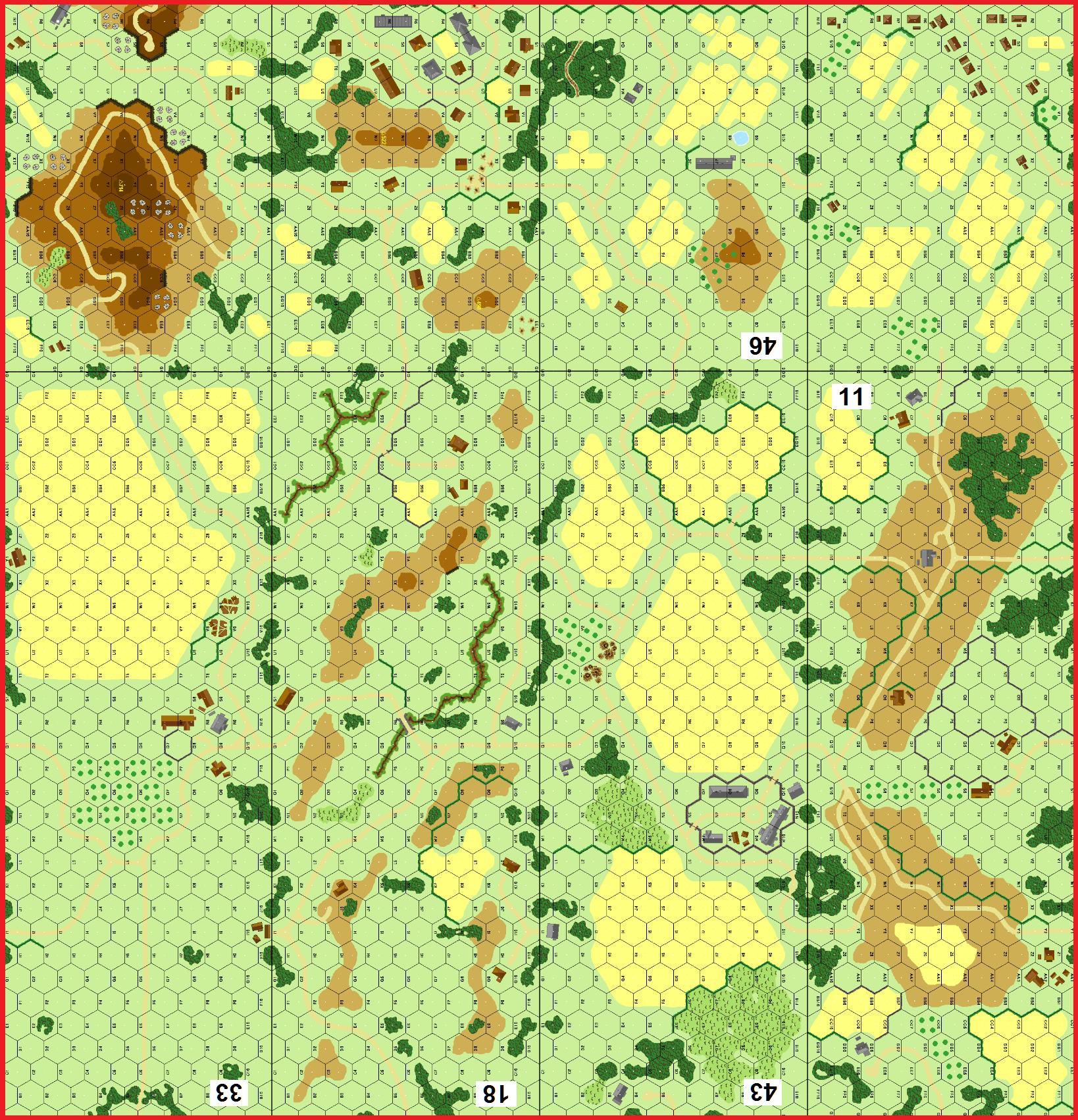