Both sides were feeling the effects of several days of fighting, suffering severe casualties. The 48th Panzer Corps retained the mission of advancing on Obian and protecting the flank of SS Panzer Corps II. This mission could be accomplished, but was more difficult because the SS had directed its attack route towards Prohorovka to the northeast. The Soviets were forced to bolster their defenses with nearly depleted units such as the remnants of the 52nd Guards Rifle Division. Elements of the 11th Panzer fought their way to Hill 254.5. A platoon from 3rd Battery, 35th Antitank Artillery Regiment defended a fork in the road with its 76mm guns.
Attacker: German (Elements of Panzer Division 11)
Defender: Russian (Reinforced elements of 3rd Mechanized Brigade) 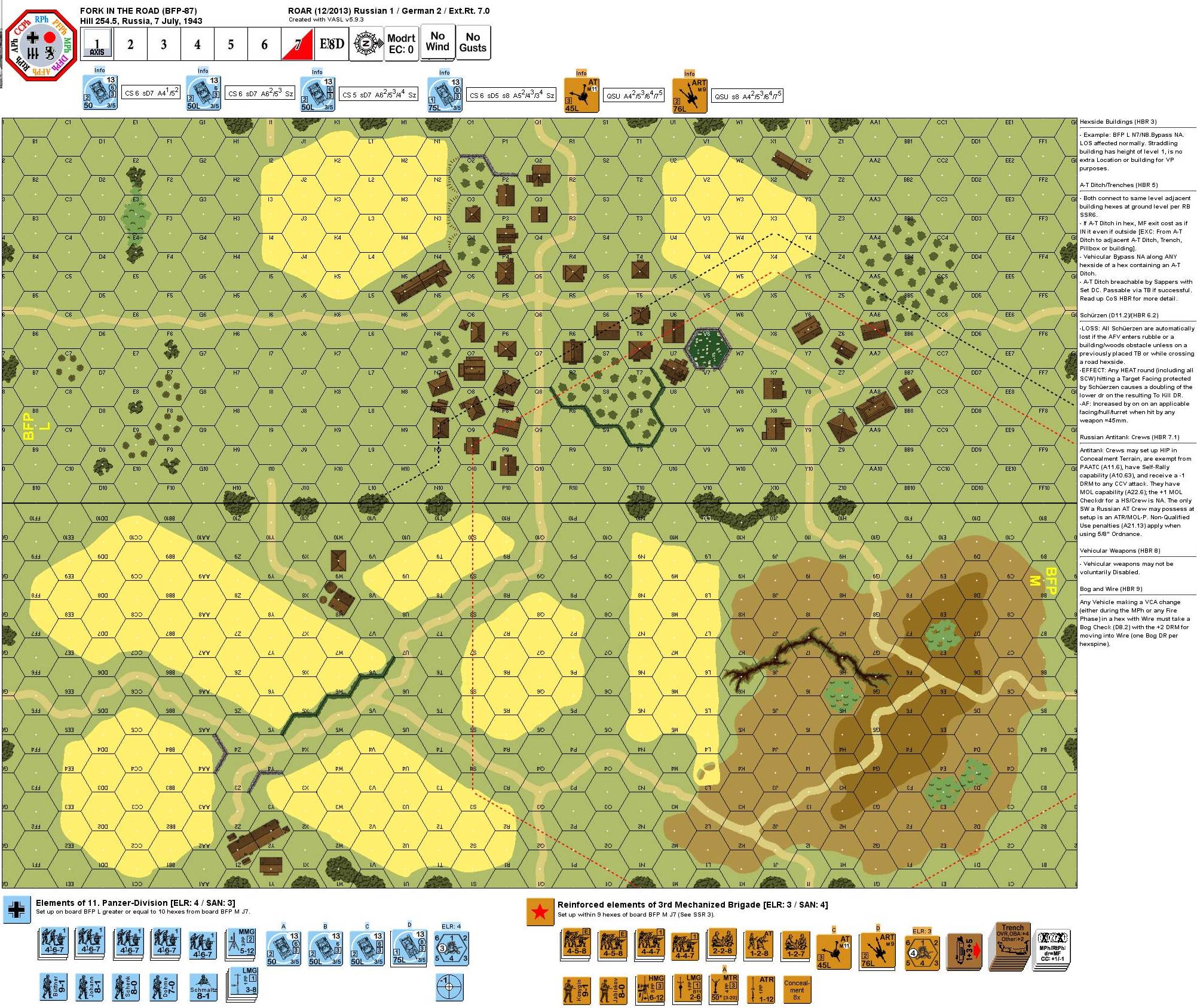 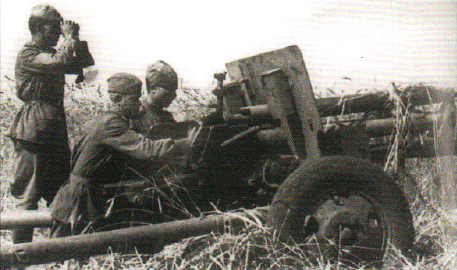