The Seventh Royal Sussex Battalion,like most of the British Expeditionary Force in France, was an under-supplied, poorly trained formation. On the morning of 20 May, the Allied command was in utter chaos, leaving the Seventh exposed to the enemy on both flanks. The Germans drove across the Somme and advanced along the undefended Poi Road which led to Paris. As the German right flank brushed Quevauillers, finding the Royal Sussex without heavy anti-tank support, the Germans decided to take the town.
Attacker: German (1st Panzer Division)
Defender: British (7th Royal Sussex Bn) 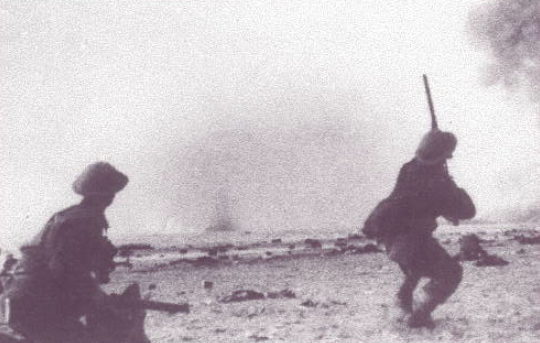