Operation Charnwood: The 9th Canadian Infantry Brigade started towards the Carpiquet airport, the North Nova Scotia Highlanders and the Sherbrooke Fusiliers spearheading the assault. Two miles beyond their start-line, as they came close to the small village of Buron, the advance party began to run into serious opposition. Hidden in the long grass or behind any form of cover along the way, enemy machine-gunners and anti-tank guns, determined to halt the Canadian advance, causing some casualties. The advance guard went around Buron and was advancing on Authie. Machinegun, rifle and mortar fire forced the men from the decks of the tanks as the Highlanders’ vanguard battled its way into Authie.
Attacker: Canadian (Elements 9th Canadian Infantry Brigade)
Defender: German (Remnants of Infanterie Division 716 and II/SS-Panzer Regiment 12) 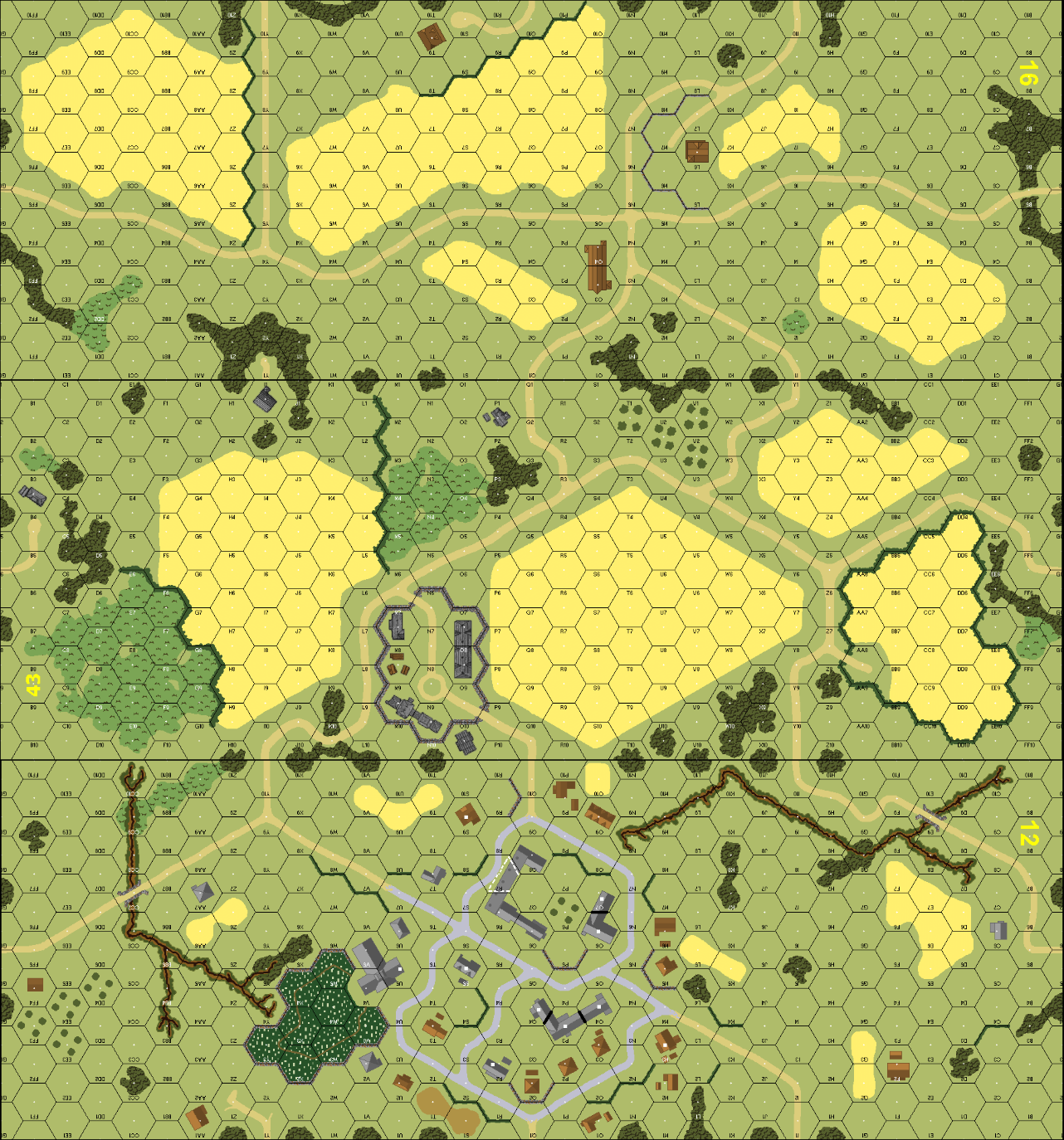