In the morning of 16 April, the Red Army launched the Seelow-Berlin Offensive Operation. South of Frankfort, the 33rd Army attacked out of its bridgehead at Eichwald, and hit the weak 286th Infantry Division. The German defenses quickly caved in, and the Russian attack swung around the city. Between Markendorf and Hobenwalde, Kampfgruppe Krauss, formed around SS-Panzer-Abteilung 32 reinforced with two infantry companies, manned a second line of defense. The Reichautobahn leading from the city to Berlin, just to the north, was to be defended “at all costs”. Into the Kampfgruppe's defenses came troops in German uniforms, shouting "Don't shoot, comrades". They were Seydlitz troops, named after the general captured at Stalingrad, who subsequently sided with the Russians, forming an anti-Nazi force from prisoners of war. Before the inexperienced older non-SS fortress regiment had realized what was going on, the Seydlitz troops had infiltrated their main line of defense...
Attacker: Russian (Seydlitz Troops and elements of 383rd Rifle Division, 16th Rifle Corps, 33rd Army)
Defender: German (SS) (Elements Festungs-Grenadier-Regiment 6 and elements of SS-Pioneer-Battalion 32 and SS-Panzerjager-Abteilung 32) 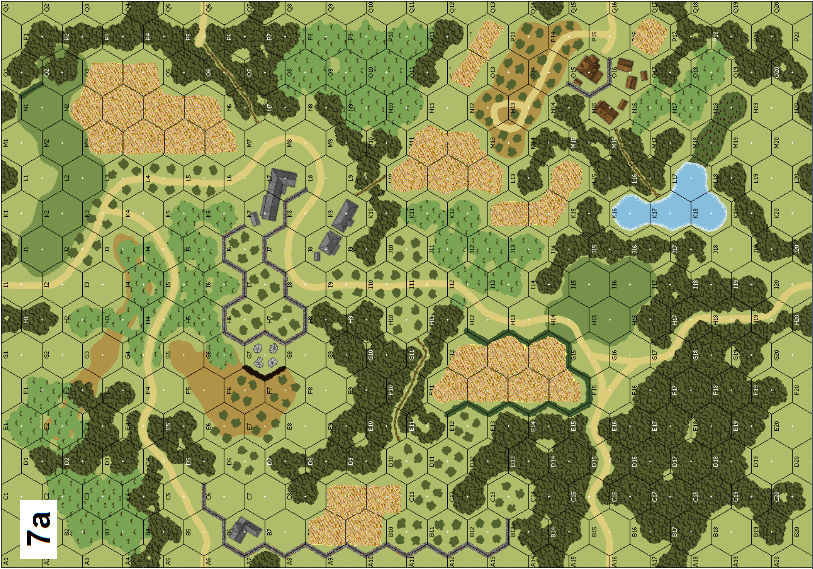