The Battle of the Bulge had begun the day before and the African-American members of the 333rd Field Artillery would soon find themselves squarely in the German axis of advance. Since arriving in theater the 333rd Field Artillery had gained an impressive reputation for quick and accurate firing. Now in the chaos of the Battle of the Bulge they would face their most difficult challenge. As the 106th collapsed, the German 18th Volksgrenadier Division surged forward with the aim of securing Schoenberg and then moving on to St. Vith. For the men of the Battery C...it was time for a desperate decision...stand and fight or try to escape towards St. Vith. As white capped figures began to appear in the woods...the time to decide had come.
Attacker: German (18th Volksgrenadier Division)
Defender: American (333rd Field Artillery) 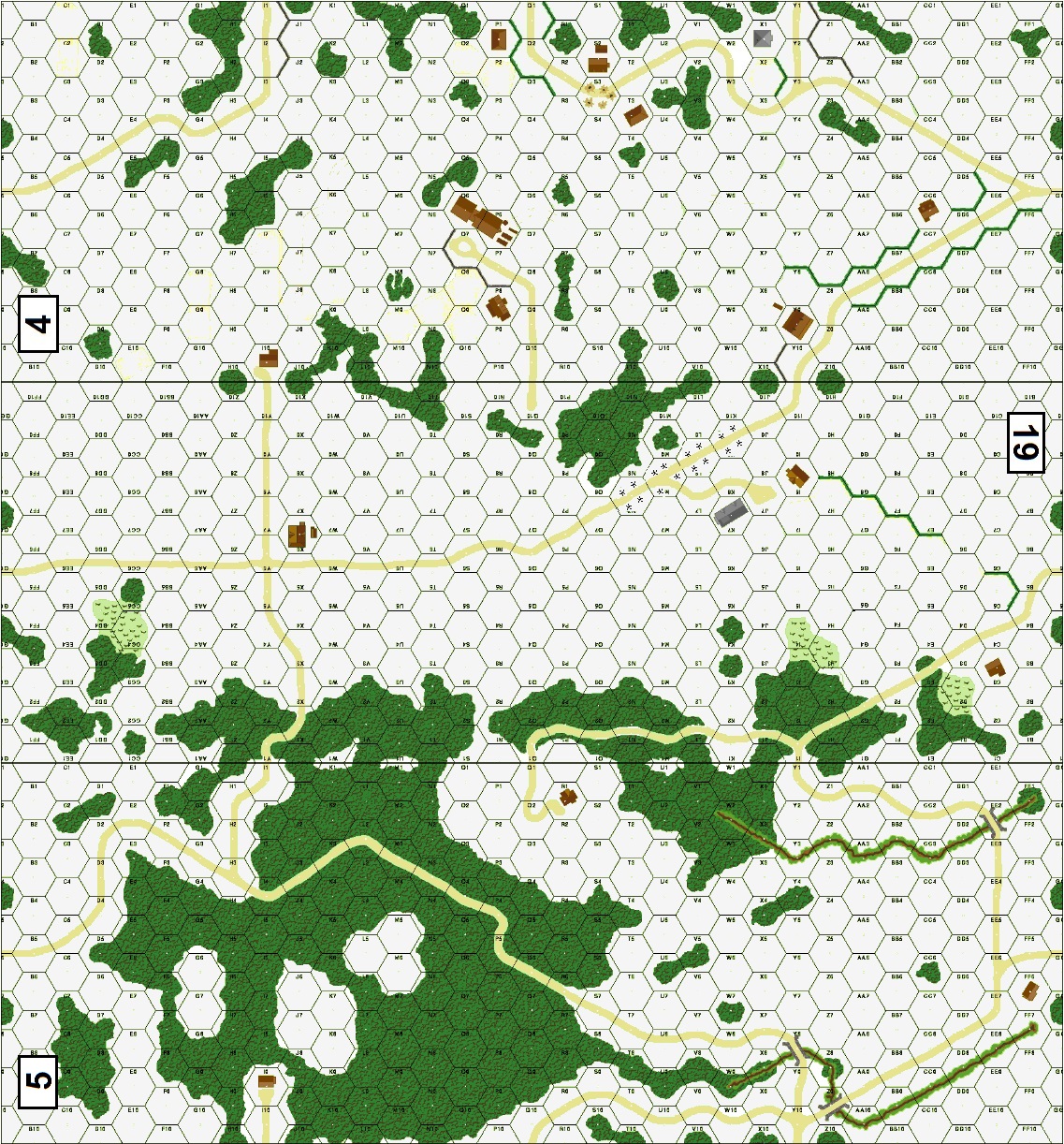 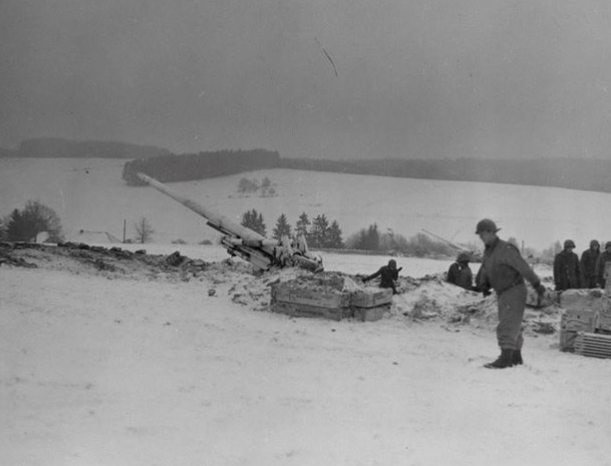 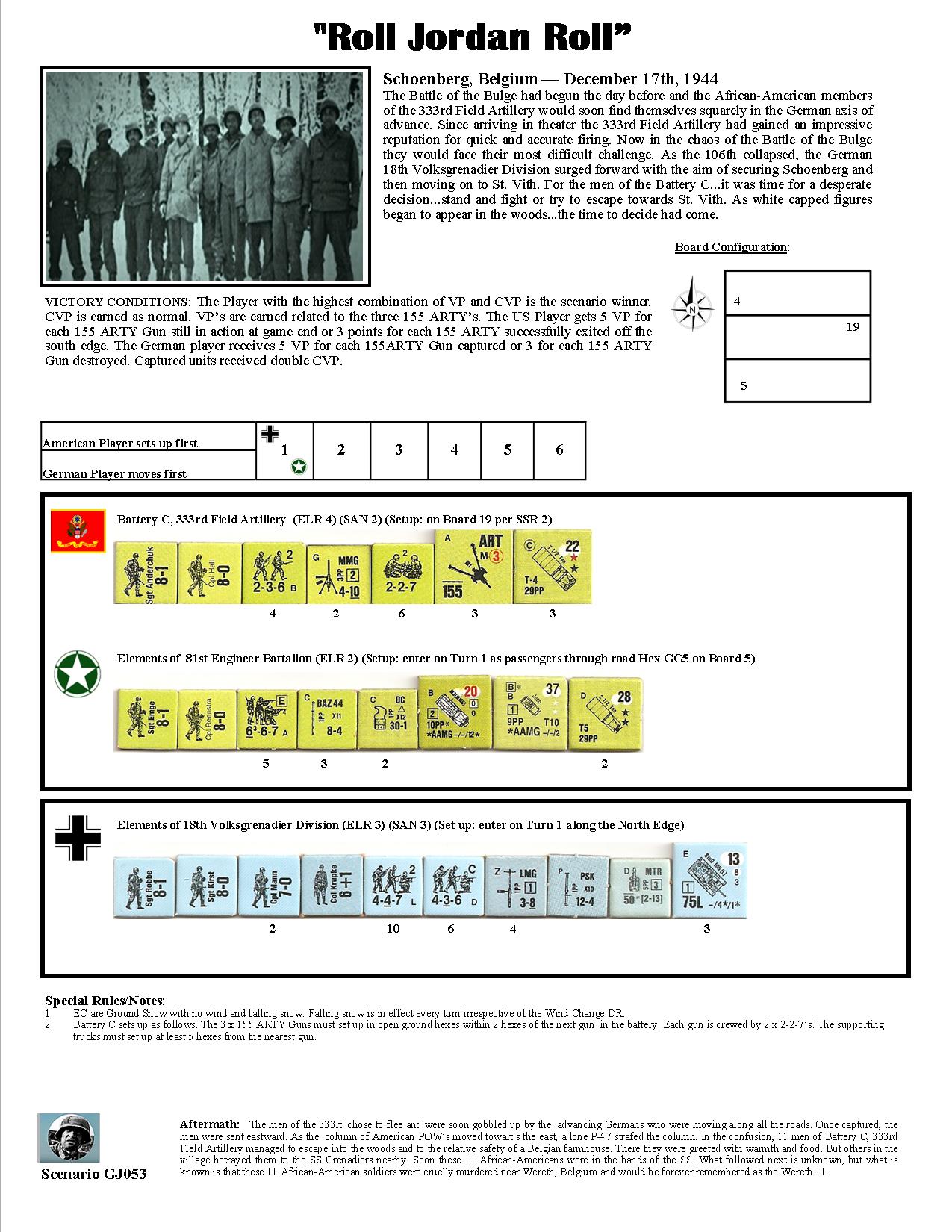