By nightfall of June 22nd, the German V Infantry Corps had broken through the Soviet border defenses and established a bridgehead across the Nieman River some 40 miles away. Later that night a bridging column of the 5th Infantry Division was ambushed while passing a forest near Seirijai – and soon afterward it was reported that intermittent fighting against armed civilians, both near the forest and in the town, was blocking the main road to the bridgehead. Thinking the resistance could comprise no more than a few lightly armed civilians and Red Army stragglers, an infantry company attempted to clear the woods at dawn the next day but was solidly rebuffed, as were a second and later a third company thrown in to reinforce it. So on the next morning, following a bombardment by an entire artillery battalion, two infantry battalions attempted to flush out the enemy while elements of a third sealed off the forest edges to prevent any escape.
Attacker: German (Elements of Infantry Division 5 and AT Platoon)
Defender: Russian / Partisan (Mixed force of Partisans and Red Army Troops) 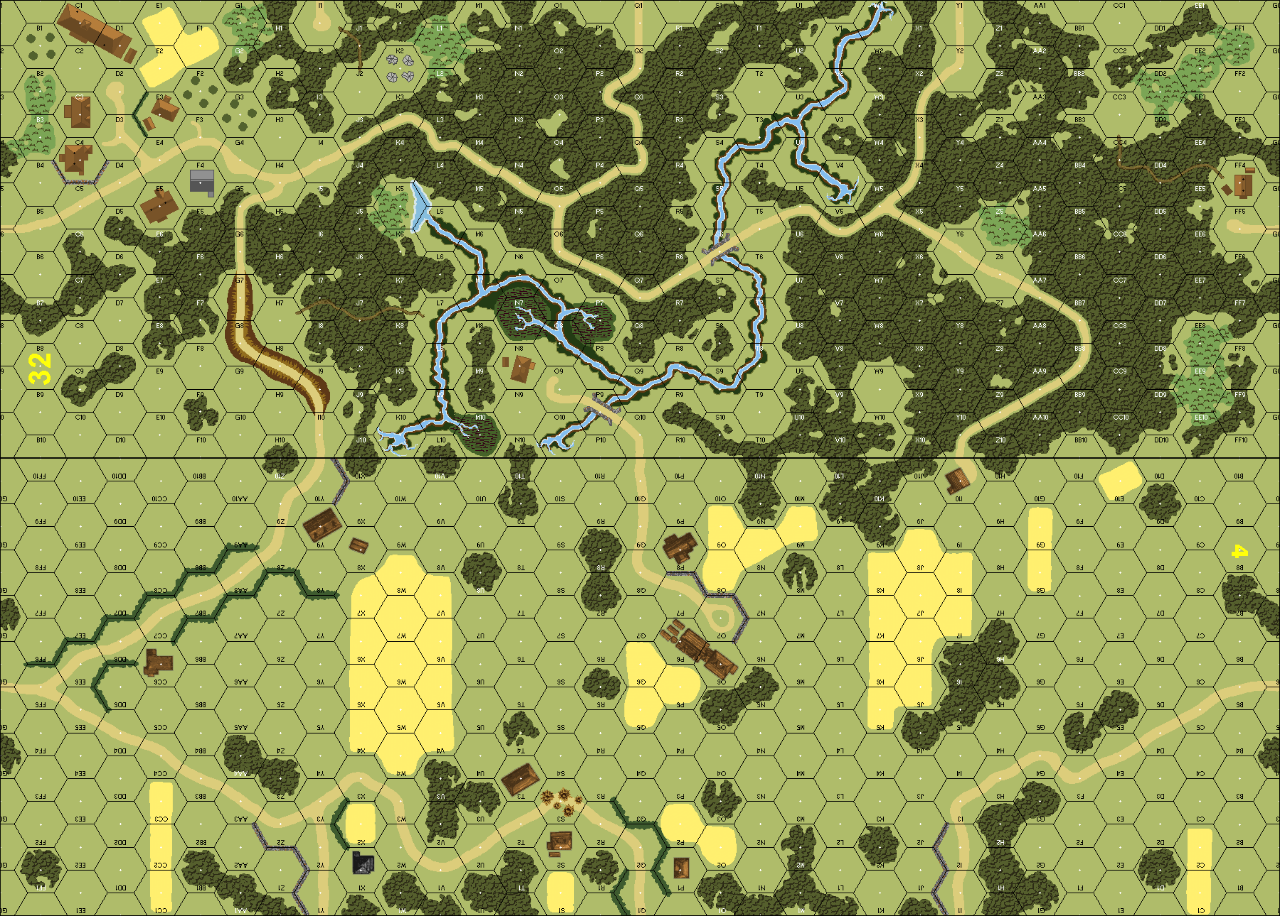