King of the Hill

Published by: Heat of Battle. January 1996
(Log in to add this module to your collection
or to see your play details)

KotH depicts the fierce struggle for Hill 112 in late June and early July 1944 between the British and the Germans in Normandy. Hill 112, though not much of a hill, was nevertheless a key piece of high ground to the southwest of Caen. The British needed to capture it to continue their efforts to circle around Caen to the south. Tremendous see-saw battles developed between the British, including the 43rd Wessex Division, the 15th Scottish Division and the 79th Armored Division, and the Germans, who among other forces threw the 9th, 10th, and 12th SS Panzer Divisions into the fray. The British lost the struggle for the hill, which was not abandoned by the Germans until the breakout in August.

A historical Module adaptable to Advanced Squad Leader. Covering the battles for and around Hill 112. June 27th through July 15, 1944.
This module contains a 28 by 49 hex full color, single piece map of Hill 112. Also included are 10 scenarios, a 6 Scenario Campaign Game, and rules covering the unique Features of this battle. 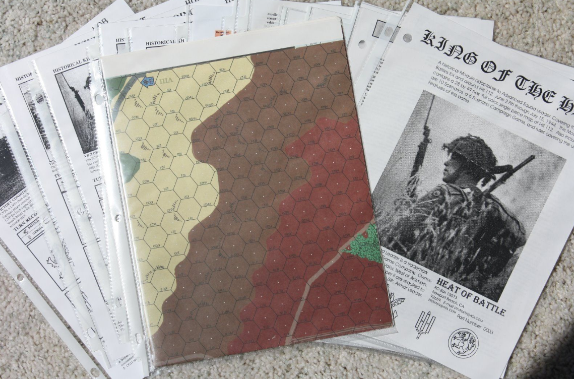