For thirty minutes the Luftwaffe hammered the airfield at Maleme, concentrating on the AA positions near the mouth of the dry Tavronitis. Certainly the Bofors gunners at Maleme had an unenviable task. They had, of necessity, to be sited well forward on the edge of the field where concealment was practically impossible, and now dust and smoke obscured their vision. Thrown into confusion by the furious air attack, the New Zealand troops stationed to protect the guns and the British gunners themselves barely fired upon the descending gliders carrying the 3rd Company under Leutnant von Plessen. At 0715, the first glider touched ground and the first German squad came out firing.
Attacker: German (Abteilung von Plessen, Bataillon 1, Sturm Regiment 1)
Defender: New Zealand (C Company, 22nd New Zealand Battalion/156th Light AA Battery) 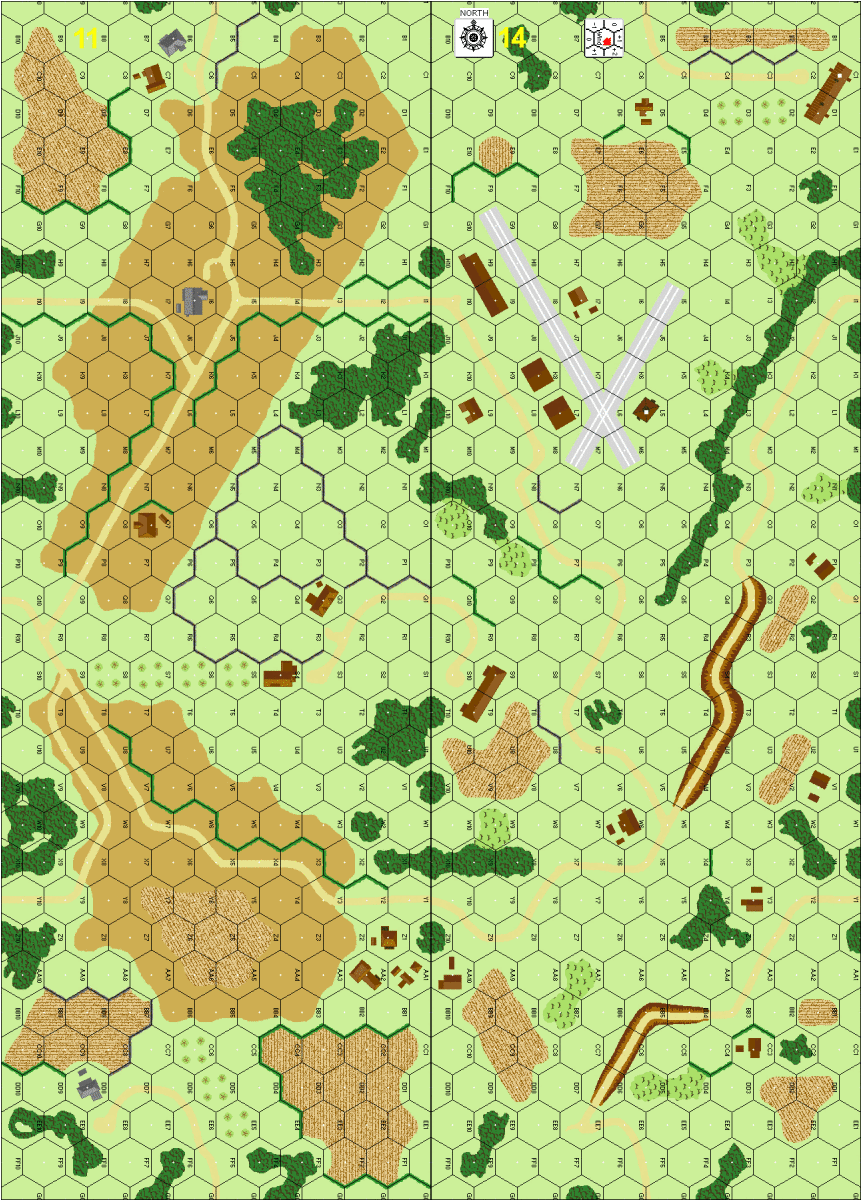 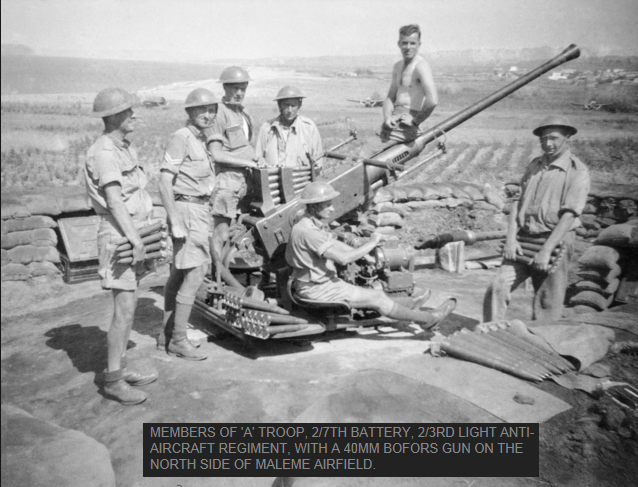