Only four infantry divisions were assigned by the Germans to cover the southern flank of their assault armies during the Battle of the Bulge. Their mission was to establish a bridgehead across the Sure and Our rivers and make limited advances westward to take blocking positions south of Bastogne. The 352nd Volksgrenadier division, composed mainly of ex-Luftwaffe and Kriegsmarine soldiers, had to assault a sector defended by the 109th U.S. Infantry Regiment. On December 16, after an opening artillery barrage, the 915th Volksgrenadier regiment crossed the Our and pushed aside the American outposts achieving a fast penetration to the northeast of Diekirch. However, its other sister regiment was pinned on the river banks by the well-directed fire of the U.S. artillery batteries emplaced near Diekirch. On the 17th, the Germans, hampered by U.S. counterattacks, spread through the rear areas near the ridge-line road that the Americans called "Skyline Drive". There, they threatened the gun positions of the U.S. field artillery batteries. By mid-afternoon the Germans were closing in on the U.S. batteries emplaced northwest of Diekirch. The gunners fought as infantry while the fire from a neighboring battery blasted the woods east of the road in which the enemy assembled. Hard pressed, the gunners were relieved by two friendly counterattacks. Two AAA halftracks raced up the Skyline Drive, and drove into the files of German infantry on the road, their quad .50-caliber machine-guns blazing. One was destroyed by enemy fire while the other fought its way to the batteries. A tank platoon with supporting infantry, previously sent to the north to help the Hoscheid garrison, came back into the fight, rumbling into the midst of the enemy. The batteries were saved.
Attacker: German (Elements II/915th Grenadier Regt, 352nd Volksgrenadier Division)
Defender: American (Elements 109th Infantry Regt, 28th Infantry Division; 447th AA Artillery Btn; 107th & 108th Field Artillery Btns; 707th Tank Battalion) 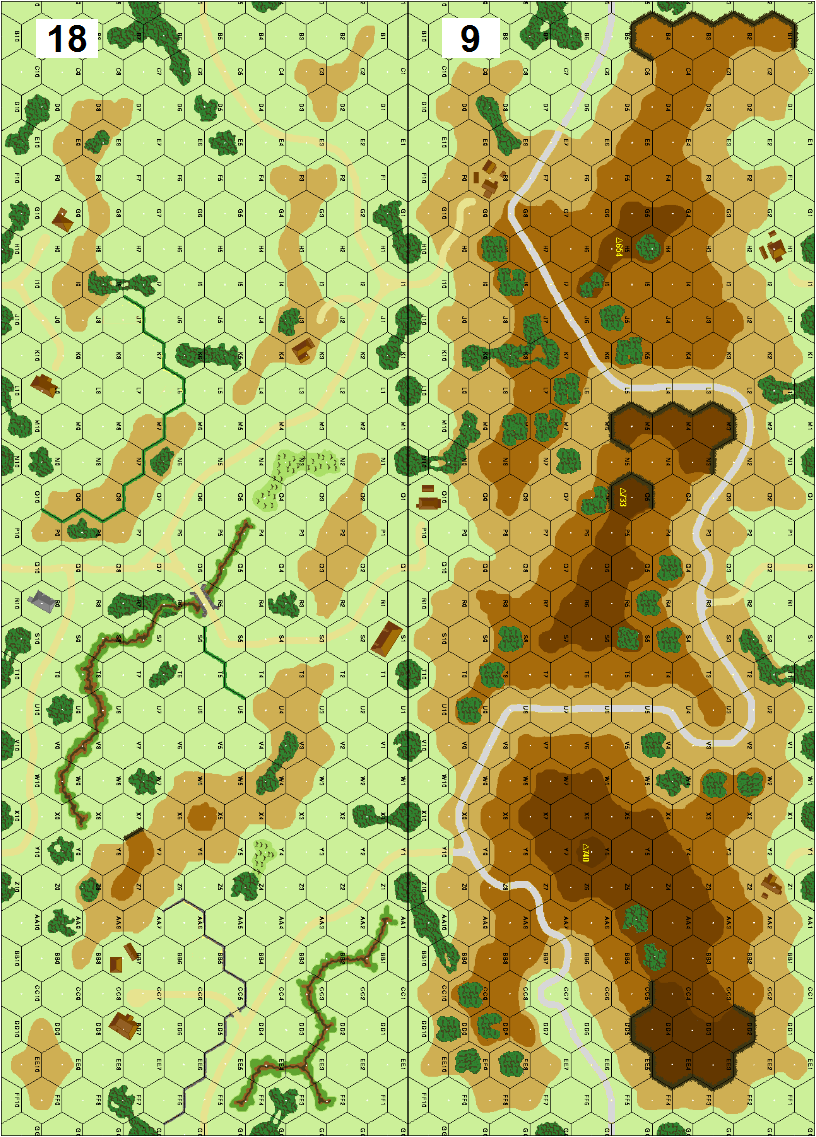 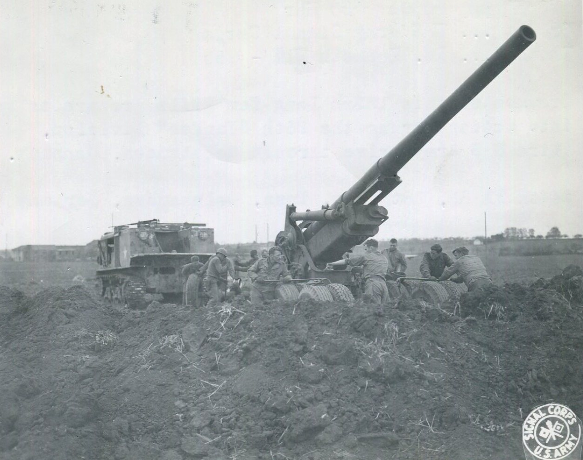