During the retreat in France following the collapse of the French and BEF defensive lines, a number of units became detached from their parent units. One such unit was a section of the 115th (Leicester) Army Field Regiment, commanded by Lt. Eric Loveluck. He was ordered to help hold off some light panzers that were advancing in the area of Merville. In the afternoon of May 27, he setup his battery just as the attacking German tanks stopped attacking and setup bivouac in a nearby village. Loveluck opened fire and quickly knocked out a number of tanks. The next morning, Loveluck expected a hostile German retaliation. It came with some medium tanks now added. Loveluck, spotting from a church tower, directed his guns' targets.
Attacker: German (19th Army Headquarters Detachment)
Defender: British (Elements 2nd Armored Division) 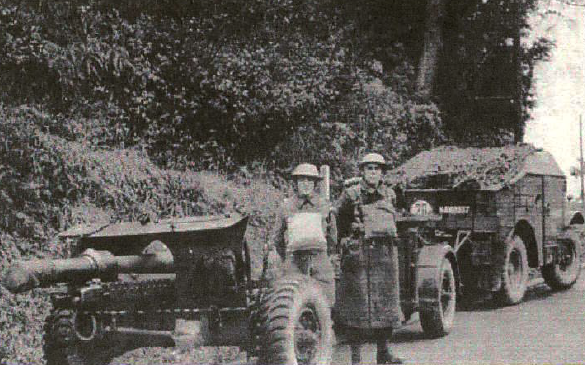