"Dangerous Crossroads": Operation Torch had brought war to the Maghreb. Anglo-American mechanized columns were racing for Tunis, and had crossed the Algeria-Tunisia border with the goal of capturing the Tunisian capital before the Axis was reinforced. Blade Force, with the 17th/21st Lancers as its core, was one of the many groups advancing eastward despite the bad weather and enemy roadblocks. Germans and Italians were desperately trying to gain time to concentrate their forces for a counter-attack. A first roadblock, manned by troops of the Italian 92nd Infantry Regiment, was swept aside during the night of 24 November. Major Witzig, CO in the Mateur area, sent the rest of 9th Company to block a crossroads on the roads to Mateur and Tebourba. The next morning, British armored cars found the enemy and by 1000, C Squadron, 17th/21st Lancers attacked, supported by the only infantry company in Blade Force.
Attacker: British (B Company, 1st Battalion, The Rifle Brigade and C Squadron 17th/21st Lancers)
Defender: Italian / German (9th Company, 3rd Battalion, 92nd Infantry Regiment/557th Group/Witzig's Paratrooper Pioneer Battalion) 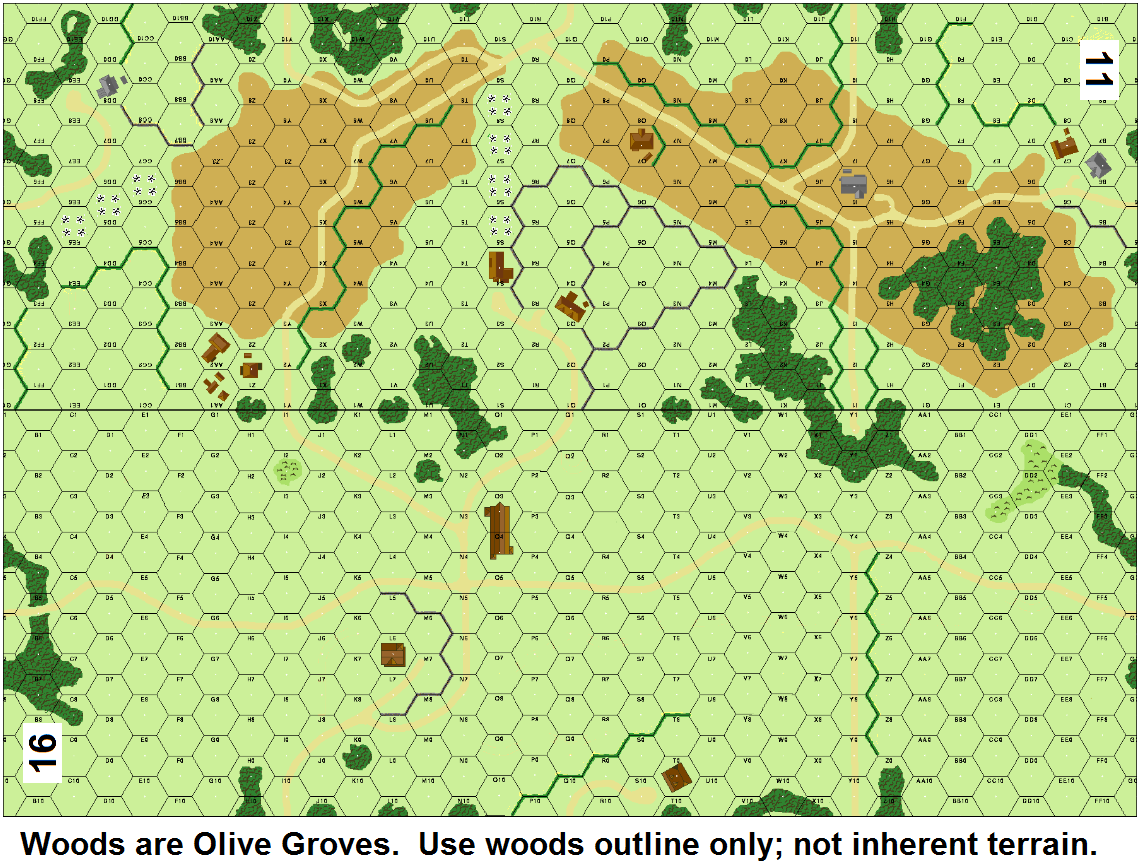 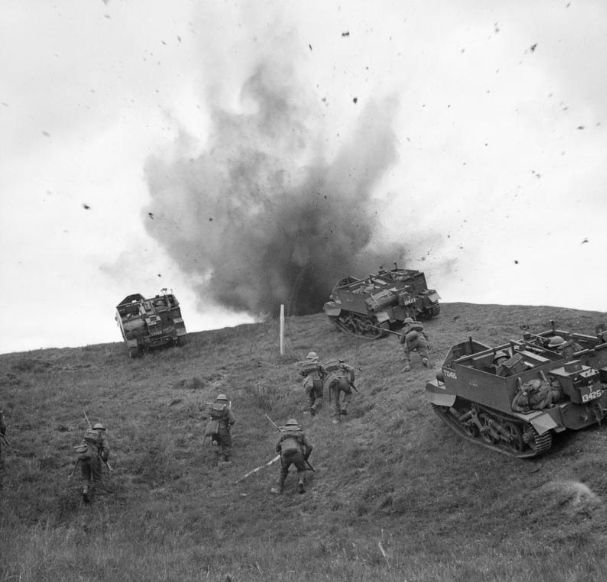