The Germans launched Operation Barbarossa, the invasion of the Soviet union, on the morning of 22 June. Tanks from 'Company Fromme', which contained a mixture of MkIIs, IIIs, and IVs, supported the panzergrenadiers of Kampfgruppe Westhoven. Over half the tank strength was composed of Panzer IIs, and the infantry was mounted on halftracks. They were initially delayed by some artillery concentrations, but were soon near the border town of Tauroggen. The panzergrenadiers seized two key bridges across the Jurn River at 1300 and fought their way into the city up the steep riverbanks. The Russians put up stiff resistance, and fought house-to-house and roadblock-by-roadblock.
Attacker: German (Reinforced elements of Battalion I, Panzergrenadier Regiment 1, Kampfgruppe Westhoven, Panzer Division 1)
Defender: Russian (Elements of 657 Regiment, 125 Rifle Division, 11 Rifle Corps) 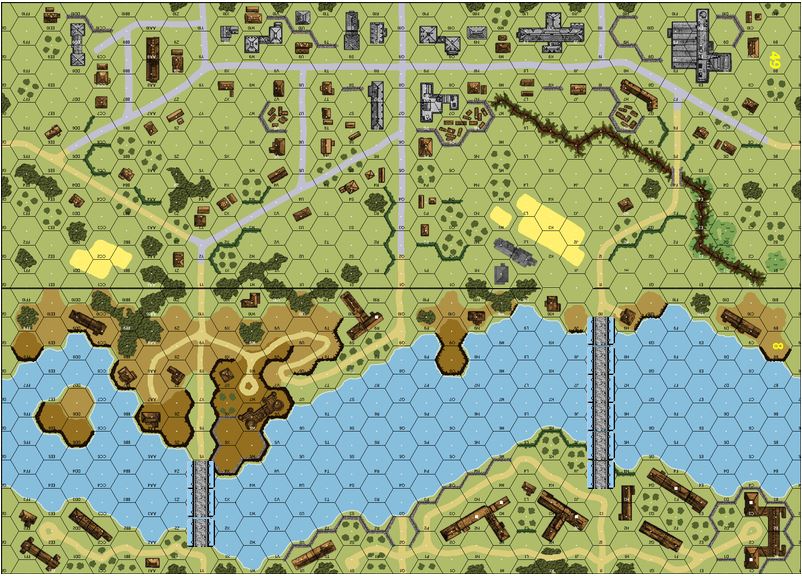