The second day of Operation COBRA had the American VII Corps' launch it armour phase. The VII Corps' tanks were to break through the gaps in the German lines blown opened by bombardment and held by the infantry, then drive across the Cotentin Peninsula, cutting off the German 77., 91., 242. and 353., Infanteriedivisions and the 2.SS-Panzerdivision "Das Reich". The American VIII Corps was to tie down the Germans to prevent their disengagement and withdrawal before the completion of the VII Corps envelopment. On the VIII Corps' left flank, the US 8th Infantry division met strong small arms and mortar fire at once from atop the hills south of the Ay River.
Attacker: American (Elements 28th Infantry Regiment, 8th Infantry Division)
Defender: German (Elements Grenadier Regiment 1057, 91.Luftlandivision) 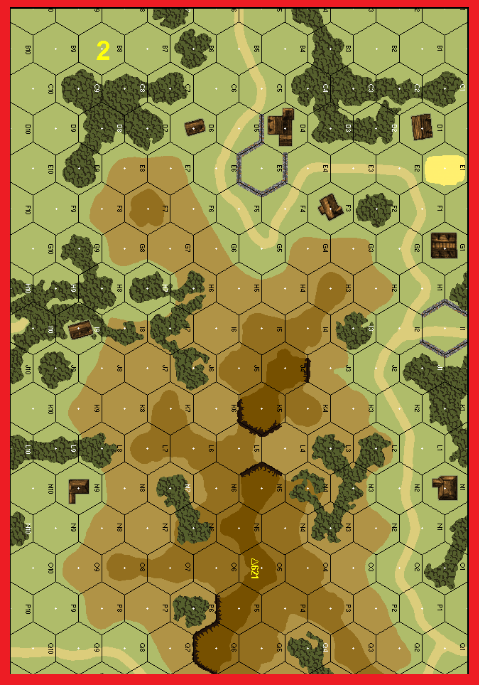